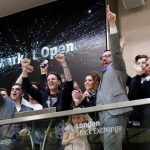 Eve: from launch to IPO in 31 months!

FJ Labs is mostly a marketplace venture investor and startup studio. However, a few years ago, we had a secondary thesis of investing in and building vertically integrated online brands. It makes perfect sense to build online only brands which sell products of similar or higher quality than offline brands at half the price or less given the lower cost structure of online companies. The very first startup we helped create, and the one that led to the genesis of our apprenticeship program, was Adoreme, an online lingerie fashion company. We are also investors in Eloquii, a plus sized fashion brand, Dagne Dover, a handbag brand, and Plae, a shoe brand. Sadly, we missed out on Warby Parker and Casper. We met Casper in May 2014, but they were over-subscribed and dilution sensitive because they were 5 co-founders and we were not able to invest.

In the mattress category, we were a bit worried by the lack of recurrence in purchases, but felt that selling high quality mattresses at a third of the price of Tempur-Pedic was a large opportunity. We briefly considered creating a Casper for Europe taking advantage of Jose’s connection to a large mattress manufacturer. However, given our bias for marketplace businesses, we felt it made more sense to back an existing team.

We talked to various teams, but did not meet anyone we felt we could back. As luck would have it, Jas Bagniewski, reached out by email out of the blue in September 2014. He remembered meeting me a few years earlier about another company. He then went on to build an online mattress company, Zenbedrooms. He grew the business to $8 million in revenues mostly focusing on discounts on Groupon. He realized the mattress category was appealing, but that it made more sense to build a strong brand, rather than just focus on discounts.

We loved Jas and his team, but felt their approach needed work and that we could bring a lot of value to the company. We did not want to be as involved as we are when we build a company from scratch, nor did we want to be as hands off as we are when we are mere investors. We decided to take a hybrid approach. We would not take a board seat and become co-founders, but we would help them with the business plan, fundraising, strategy, marketing and manufacturing in exchange for some advisory equity.

We invested the first few hundred thousand in the company. William Guillouard, a venture partner at FJ Labs, who was my VP of Marketing at OLX started working on their online and offline advertising strategy. We helped them raise their first round introducing them to VCs and notably DN Capital which became their first institutional venture investors. Eve Mattress was born!

Jas and the team executed really well. By the end of 2016, Eve had £12 million in sales operating in 12 countries. When the company first mentioned they were considering going public, I have to admit I was skeptical. It felt early and that liquidity might be limited. However, DN Capital had experience with Purplebricks. The online real estate agent, listed on AIM in 2015 after just 19 months of trading. That IPO raised £58.1 million at a £240 million valuation. The company now has a market capitalization of £929 million.

Jas and the team convinced us that AIM was a viable route to fundraise and help scale the business. On May 18, Eve Sleep plc (LON:EVE) went public raising £35 million at a £140 million valuation. The conquest of the European mattress market awaits!