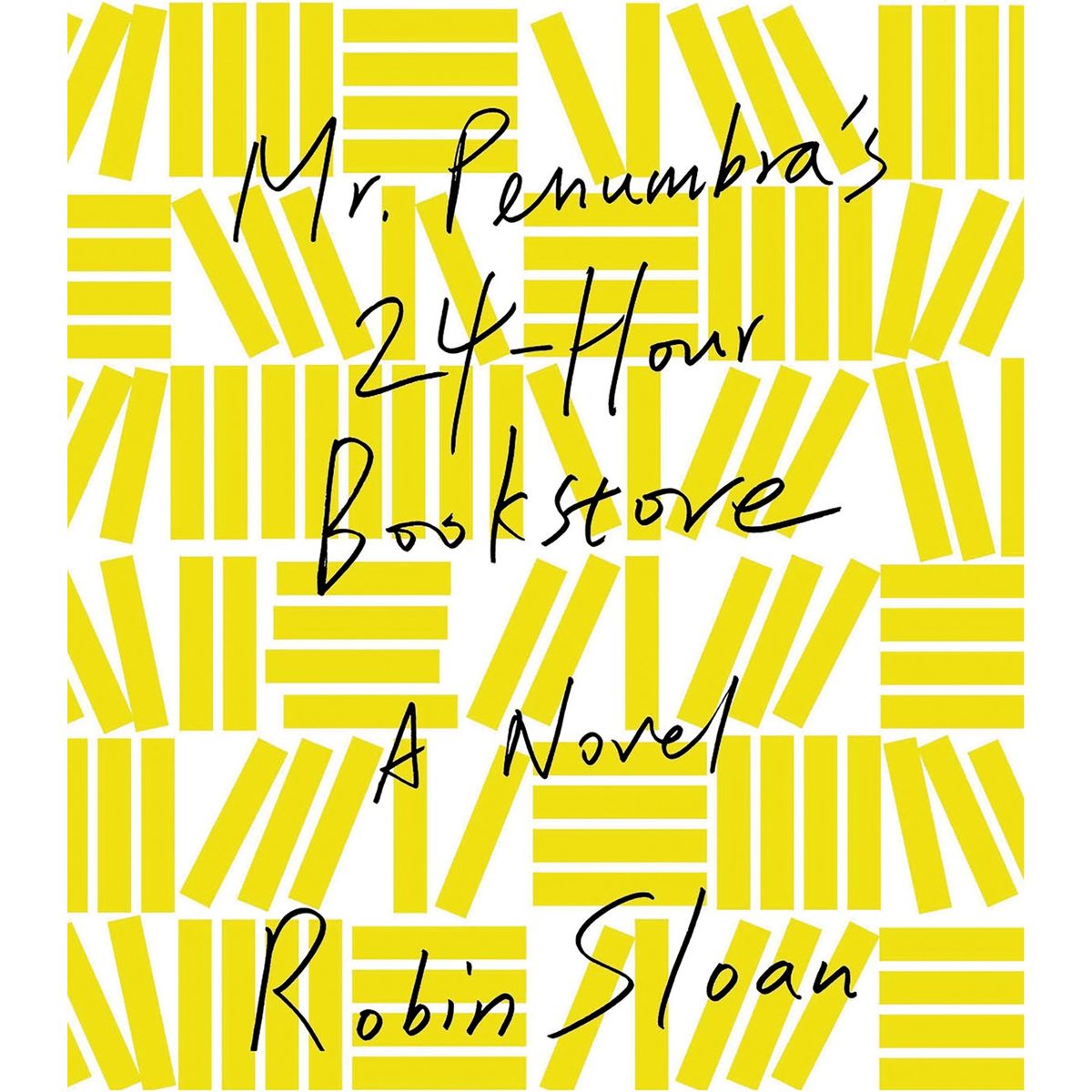 Mr. Penumbra’s 24-Hour Bookstore is a must read for book and technology nerds alike!

The book is a fun portrayal of the tension, dichotomy and yet relationship between traditional print publishing and technology. The story centers on Clay, a down on his luck web designer, who starts working in Mr. Penumbra’s strange 24-Hour Bookstore. It sells few books to even fewer customers. He discovers that the bookstore is really a front for a secret society trying to break the code to immortality. Intrigued, he enlists the help of his best friend, CEO of a tech company, and of Kat, a Google employee he rapidly falls for (and for whom I also rapidly develop a massive virtual crush 🙂

The story takes a while to hit its stride, but once the three embark on their quest it really takes off. The author, Robin Sloan, indirectly makes many interesting observations. He touches upon the limits of technology. He observes how the world is really filled with many secret societies which don’t even realize they are secret. He adapts the standard adventuring party from role playing games to solve problems in modern society using the awesome tools at our disposal (e.g.; distributed computing, mechanical turk, etc.). Big societal questions permeate the book, but never push themselves to the forefront at the expense of the story.

The book does not quite fit into the mystery thriller category. The author seems to want to make the story realistically plausible. As such the protagonists don’t really face any life threatening situations and you lose a bit of the tension you find in Dan Brown books. There is no violence whatsoever and the sex is implied and takes place off page. The characters are also a little flat and the ending feels rushed.

Ultimately, none of these observations limited my enjoyment of the story. Moreover, the book is really an ode to friendship, which is a theme that has really been resonating with me of late.

If you are like me and love books, technology and a good quest, you owe it to yourself to read Mr. Penumbra’s 24-Hour Bookstore.