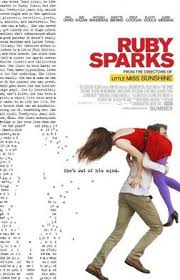 While the movie indulges in a bit of magic realism, it takes flight once you stop questioning its premise and indulge in the fantasy that Calvin, the struggling former young writing phenom, breaks out of his rut by writing a character, Ruby, “who is perfect for him”, only to find her in the flesh in his apartment a week later as his live-in girlfriend.

The movie could easily have been one-note given its premise, but becomes so much more than that with an interesting take on “be careful what you wish for”, playing out what happens when you fully indulge the nagging sense that as good as we’ve got it, there could be someone better, not to mention the pain of reconciling our idea of the perfect person for us, our idea of someone in particular and the reality of that person.

The movie is simultaneously clever, edgy and charming. Go watch it!