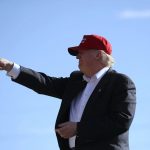 Some thoughts on Trump’s surprising win

I had the pleasure of being interviewed by Connie Loizos from Techcrunch yesterday. Unsurprisingly the conversation rapidly veered towards discussing Trump’s surprising win. I am reproducing our discussion below for your reading pleasure.

You can find the original article at:
https://techcrunch.com/2016/11/09/a-serial-founder-on-trump-hes-a-startup-that-disrupted-the-establishment/ Fabrice Grinda, a longtime New Yorker, has helped create hundreds of jobs for Americans and others. Among the companies he has started is OLX, one of the largest free classifieds sites in the world — one that was acquired over time by the African conglomerate Naspers for $250 million.

Grinda more recently co-founded Beepi, the peer-to-peer used car marketplace based in California; Rebagg, a New York-based platform that buys high-end luxury bags from their owners for cash; and Instacarro, a Sao Paulo, Brazil-based car-buying service that will buy individuals’ cars for cash in an hour’s time.

Grinda and longtime business partner, Jose Marin, also plug between $15 million and $20 million of their own capital into startups each year through their joint vehicle, FJ Labs.

But though he sounds it, Grinda isn’t American. He doesn’t have dual citizenship. He’s “pure French.” He just happened to head to Princeton at age 17, and he hasn’t much wanted to leave the East Coast since.

So what does this European make of a new U.S. president who has Silicon Valley on edge? Because he’s a global operator and because he doesn’t live in the Bay Area, we talked with Grinda earlier today about President-elect Trump and whether he’s concerned about what comes next.

TC: How did the U.S. election just change the picture?

FG: Public market investors, limited partners in venture funds and private equity firms — they don’t like uncertainty. What they don’t know is the actual set of policies coming down the line that could impact them going forward. What will be his tax policy? What will his administration regulate and deregulate? It’s not like [Trump’s team] came forward with a well-thought-out set of policy proposals. It was all kind of vacuous. So I think investors will be more cautious until they understand what a Trump presidency means.

TC: Do you think it could impact you personally?

FG: I don’t spend much time thinking about politics. I’m not sure it has a real impact on day-to-day life. It’s a large part of the reason I’m on the internet. I like its deregulated, fast-moving nature.

TC: Yet there could easily be consequences. People worry, for example, that for the sake of creating more American jobs, Trump might somehow slow tech, including self-driving technologies.

FG: There’s no hard data regarding what is going to be done. My only concerns are around the uncertainty.

TC: What do you make of Trump, the candidate, and soon, the president?

FC: I dislike the guy. I dislike populism and most of the things he said and much of what he stands for. I’m pro immigration and probably more socially liberal than anyone I know. But look, he’s a startup who has disrupted the establishment. He used a lot of the same tactics that a startup would use to get free press, frankly. He created a story that was compelling enough that he garnered press all the time and so had much lower acquisition costs than the other candidates. Jeb Bush was paying something like $5,000 per voter in the GOP primaries, where Trump was paying about $300.

In startup terms, he had an effective distribution and a marketing strategy and messaging that people found compelling. I think he proved the adage that any press is good press. And the establishment only realized this was dangerous once it was too late.

By the way, I think the same is true of jihadists; all the media attention that ISIS receives makes it easier for them to get recruits.

TC: Let’s not go there. What do you think Silicon Valley does now to turn this situation into a win instead of something to suffer through?

FG: Clearly, there’s a percentage of the population that’s been left behind and not listened to and we need to find a better way to deal with that. I am an optimist. I do believe the tide of history is toward more liberalism and the quality of life improving. Sometimes, you have pushback, but in the grand scheme of things, it doesn’t seem to matter. As horrible as the Great Depression must have been to live through, it barely registers in the bigger picture. I think the next four years will be a blip, too.

Has globalization had some losers? Absolutely. If you’re a high school dropout, your relative job position in the job market hasn’t been great over the last 30 years. It’s a class of people who haven’t been heard, and we haven’t been good at retraining or them or integrating them into the success of this country. We need to focus on opportunities to refocus the education system and retrain them and that’s the message that’s been sent and maybe it’ll force us to get our act together.

TC: Should the country, including investors, be more focused then more on educational reforms, education platforms? Where are the biggest opportunities here given the shifting tides?

FG: I think there are things he could do well. The U.S. hasn’t had a good infrastructure program for years. To create jobs, the easiest way isn’t to block technology but to build better roads and bridges and airports and the things that are needed and create lots of jobs. The reality, too, is that we’re crumbling under red tape. We have an outrageously ineffective corporate and personal tax system that are both ineffective and run inefficiently. And we’re under a mountain of regulations. If you’re in the offline world for example, the burden for construction alone is limited to an insane degree by nimbyism. If he could do these things, we might be able to make the best of a bad situation. I know I’d feel better.