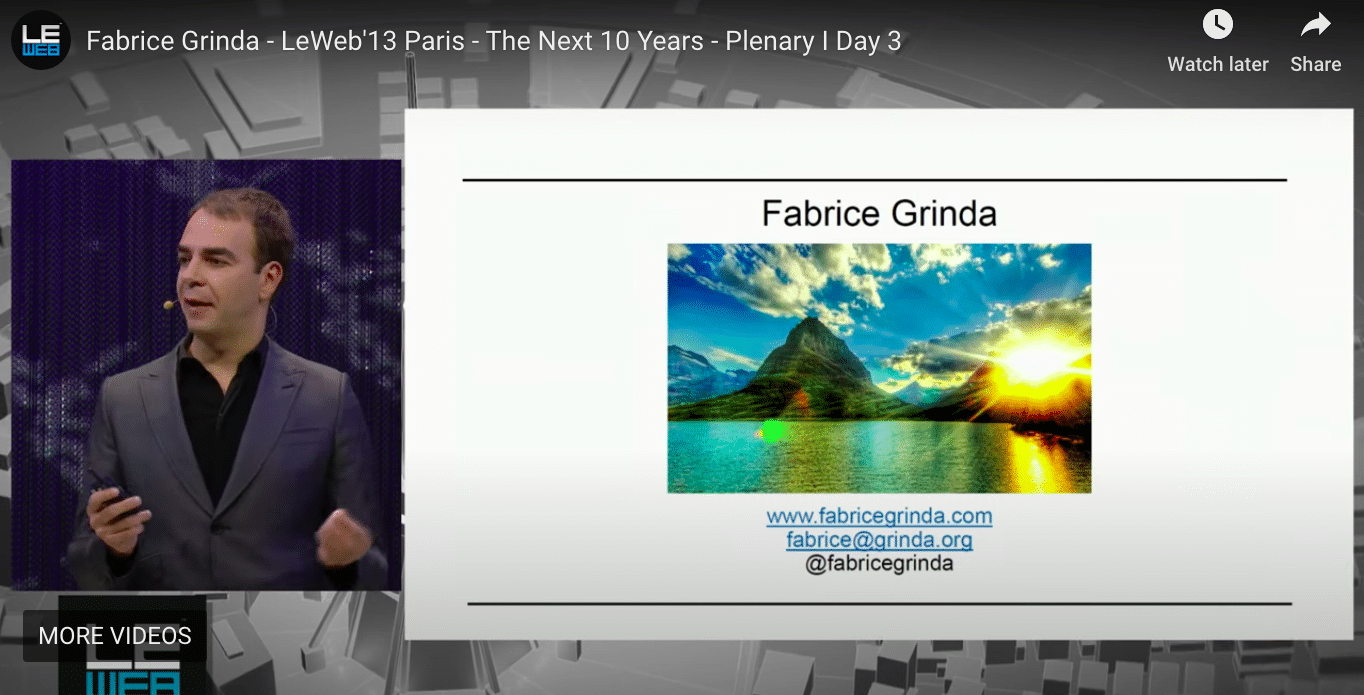 Video of my LeWeb Keynote: The Case for Optimism

Last year I finally resolved my internal cognitive dissonance between my profound optimism about humanity and my pessimism about the near term economic outlook in the West. It’s ultimately hard to be pessimistic given the long term secular trend of technology led productivity growth. Moreover, as I mention in The Economy: An Optimistic Thought Experiment, and as I tried to point out to Montebourg, most of the economic problems we are facing are reasonably easily solvable. We are just missing the political will to fix them.

The subject matter resonated with the audience and I realized that the world, and especially Europe, needed optimism. When Loic asked me to speak at LeWeb, by sheer coincidence the theme was “the next 10 years”, which fit perfectly. I formalized the speech to turn it into a keynote and prepared the supporting slides.

I don’t have a specific “so what” or next step post the keynote. I just wanted so share my optimistic vision with people who needed to hear it. I am also thinking of how to participate in this new wave of innovation either as an investor or entrepreneur.