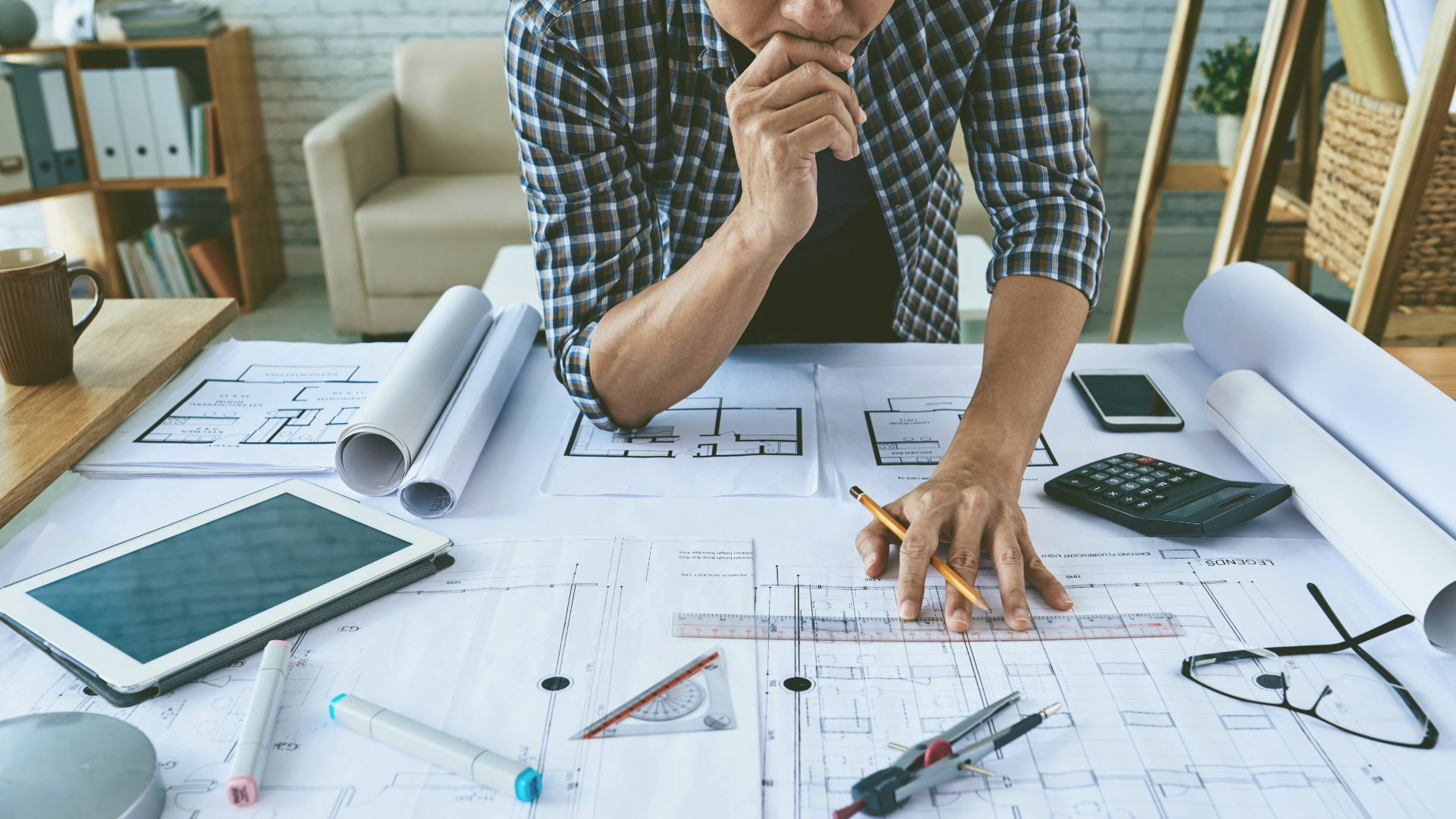 I was originally going to only have three steps in my decision-making framework. The idea was that at the end of the third step, when the timing called for it, you would go through the exercise all over again. Upon reflection, I decided to add a fourth step of reflecting on the experience to identify the lessons learned along the way.

Step 4: Ponder lessons learned before going back to Step 1 when appropriate

As you probably surmised in reading my Step 3 of the decision making process, post-leaving OLX the path that led me to my current professional and personal life setup was windy and fraught with failure. Most of the things I attempted were unsuccessful. That said, failure itself was not the issue. When you throw a lot of spaghetti on the wall, it’s not surprising that much of it does not stick. The key is learning the right lessons from the failure.

Upon reflection, I made similar fundamental mistakes on two of my projects. As I pointed out in my 2018 year in review, I finally gave up on my Silicon Cabarete and Age of Nations game project last year. In hindsight, I should have given up on those projects much earlier.

I pride myself on using KPIs (Key Performance Indicators) to objectively assess whether I am making progress against my goals. The issue was that in both cases I used the wrong KPIs. In the case of Silicon Cabarete, I kept a checklist of all the things required to commence construction. Over the last 7 years, it always felt like we were making progress against the checklist which is why I kept going. The issue is that in a country, like the Dominican Republic, given the intentional complexity to create opportunities for corruption, the requirements kept changing, approvals that had been given were arbitrarily rescinded, and everything moved glacially. I came to realize the government could just keep expanding the requirements to keep me going in an ever-going flywheel. The reality is that my checklist was irrelevant.

I should have used a more objective measure of whether we were making real progress towards finishing construction and being able to enjoy the playground of my dreams. I originally bought the land when I was 38. I expected to be able to celebrate my 40th birthday there. When that came and went, with millions spent on legal, consulting and administrative fees, I should have pulled the plug. By the time I turned 44, not a single brick had been laid. Clearly, we were not making real progress regardless of what my tracker was saying.

In a way the KPIs should have been simpler:

Utilizing these KPIs I would have pulled the plug a lot earlier, especially as I should have put clear red lines in the sand in terms of unacceptable timings. Because I did not do that, 7 years went by during which I did not have a real home or the playground with all the activities I adore. From 2005 to 2012, my home had a padel court, tennis court, remote controlled car racing track, paintball field, game room with shuffle board, foosball, pool, ping pong and poker, a movie theater with a 220” screen, and PC gaming and console gaming rooms for friends to play together or against each other. Yes, I know I am really 15 years old

I expected to have this again 2014 onwards, after my 40th birthday. Unfortunately, it did not happen and has not happened to this day. It’s not as though those are life essentials and I was deprived. Quite the contrary, I had amazing life experiences in asset light living (see The Very Big Downgrade & Update on the Very Big Downgrade). I traveled extensively and went on many adventures, but I must admit I do miss the convenience of being able to play tennis and padel every day or just to have my friends come over for a LAN party.

I did a detailed analysis when I picked Cabarete in the Dominican Republic (see Why I chose Cabarete). Cabarete came on top because it was gorgeous, raw and authentic. It feels like remote areas of South East Asia. It has direct three and a half hour flights from New York and is 20 minutes from the airport. The water temperature is 77 degrees or warmer the entire year. It does not rain that much. There is great wind for kite surfing. Land, labor and construction are inexpensive. It’s a “proper” country with 10 million people with a good labor force and a large enough tax base that tariffs are reasonable and it’s easy to immigrate to and/or bring people to work there.

The mistake I made is that I did not put enough weight to some of the other variables such as rule of law, corruption and safety. At the same time, I underestimated the complexities of construction projects which require time and attention that I don’t have. In hindsight, I should have just bought an already built house that I can just move in, in a stable country where I could buy inexpensive nearby land to build my playground and call it a day. It would not fulfill my grandiose vision of building a “Necker Island 2.0” to invite a community of entrepreneurs, artists and intellectuals to hang out, nor would it have my specific aesthetic preferences, but it would have the convenience of being immediately useful and to play the role of gathering point for friends, family and colleagues.

This led me to buy a house in Turks & Caicos to serve as my replacement for Cabarete in my alternating life setup (see A framework for making important decisions: Step 3 of 4). I now spend one month in New York, then go to Turks for a month and alternate every month. It gives me enough consecutive time in both places to have the time to live the full New York life, and then to properly disconnect in Turks.

Turks is very built out and does not have the raw authenticity of Cabarete. There are fewer days of wind for kiting, and it’s insanely expensive. However, it has the most beautiful water in the world. The weather is fantastic all year long. The flights are only three hours from New York. It’s English speaking and uses the dollar as its currency. The safety, flat water and gorgeous beaches, not to mention the absence of Zika, Chikungunya and dengue make it appealing for all my friends and their families, and not just my adventurous friends who liked the rougher conditions of my Cabarete dwelling with its massive spiders, rats and cockroaches

Having learned from my prior experiences, I decided to buy a house on Providenciales on Long Bay Beach where I can kite directly from the house and play tennis at the house. I opted not to buy on the other islands despite significantly lower prices and the availability of more land, because the lack of infrastructure makes things way more complicated and expensive. It’s also inconvenient to go for a few days if upon landing you need to be driven to a boat to get to your destination. I will now buy a little bit of inexpensive non-beachfront property to build the missing elements of my playground starting with the all-important padel court.

Another clear observation from my experimentation between 2012 and 2019 is that the projects that require other people’s approval are much less likely to succeed. Craig & Jim did not agree to let me run or buy Craigslist. The Castros did not allow me to run a Special Economic Zone in Cuba. eBay ultimately decided not to sell eBay Classifieds in 2015. The Dominican government did not give me the permits required to build my entrepreneurial playground. By contrast, part of the reason FJ Labs is what stuck out of all the things I tried, is that it does not take anyone’s permission to invest in startups or create startups.

That said, the conclusion is not to stop pursuing these huge “crazy” ideas. Quite the contrary, they can be life altering and societally impactful, but as I pursue them, I need to be cognizant of their lower probability of success and plan accordingly. I’m pursuing one such project as we speak and hope that this time I setup my time allocation and KPIs appropriately and objectively. I will report back on how it plays out in a few years.

When it’s all said and done, I would recommend going through the exercise again starting with Step 1 of the decision making framework whenever you are facing a major life altering decision, or when you feel a sense of malaise, or simply if you have not done it in the past two years. Because of the power of momentum and how busy we are with our modern lives, it’s easy to keep running without ever taking a step back to question our decisions and assess our state of mind.

In the case of FJ Labs, because we find ourselves raising money for third party investors every two to three years, those are good check-in points. I went through this exercise as we decided to raise a second institutional fund last year which in turn led to this blog post series and an upcoming blog post on the current meaning of my life.