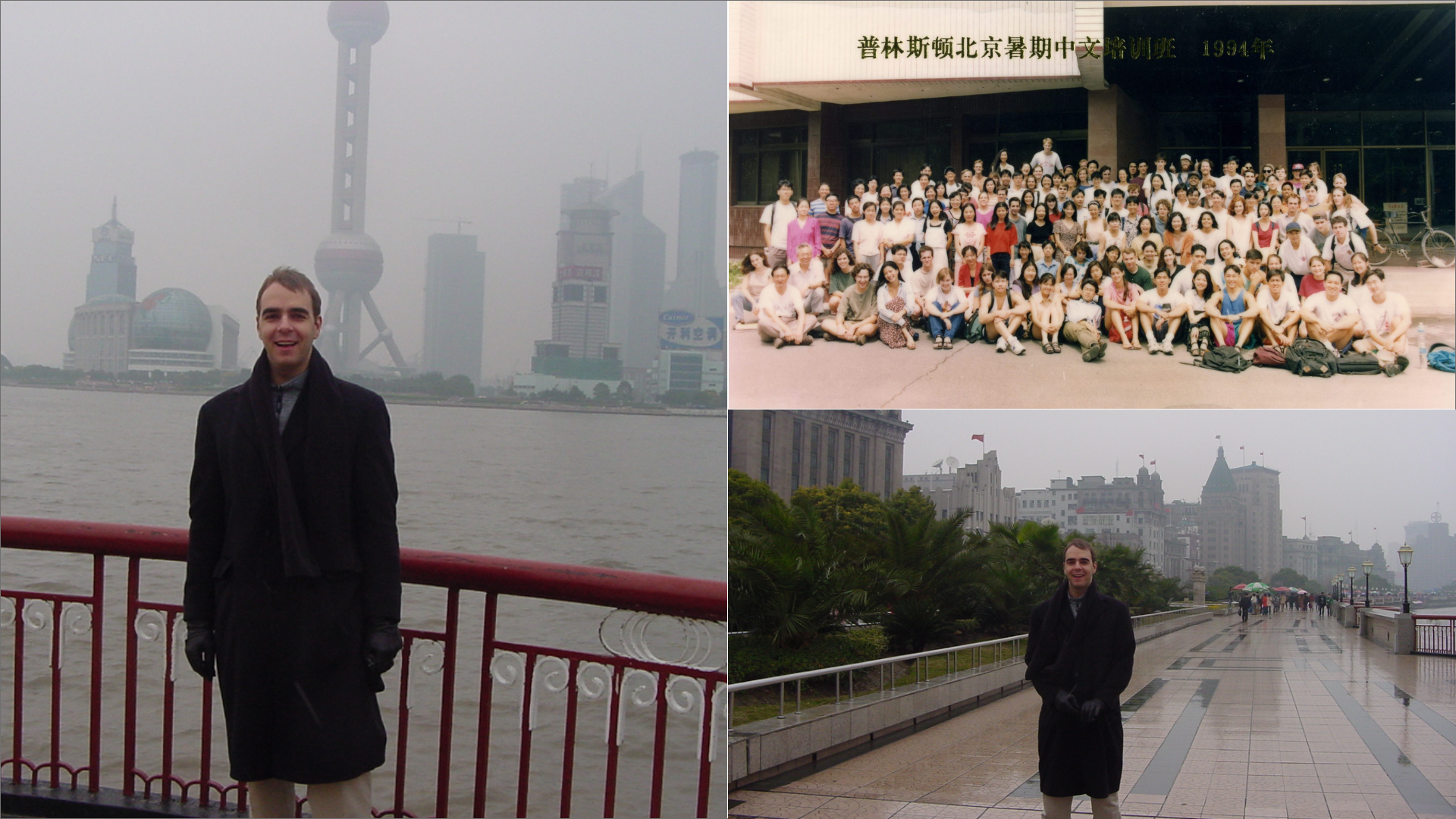 Even though I have been to China many times in the past 14 years, my last trip to Beijing dates back to 1994. I was already fascinated by the economic reforms China was undertaking and wanted to live them firsthand as opposed to writing about them from my ivory tower in Princeton. I decided to spend the summer of 1994 at Beijing Normal University (Beishida) to study mandarin.

It’s hard to describe the incredible transformation the city has undergone in the past 14 years. In 1994, the various highway rings within the city were still under construction. Bicycles were the primary mode of transportation and there were few cars on the streets. At times, I felt that the cab taking me from the airport to the university was the only car in town!

My accommodations were Spartan. I shared a small room with another student, slept on a rice mattress and pillow no more than an inch thick. We shared a desk, a chair and a lamp that barely emitted any light! The building had communal Turkish-style toilets which had seemingly not been cleaned in 10,000 years. They were so filthy I threw up every time I entered them!

Classes were intense lasting from morning to evening with extra classes at 10 pm for bad students (e.g.; the foreigner who did not speak a word of the language before showing up there!). There was an exam every day on the previous day’s material which required intense studying after the extra night class. I would typically start studying around midnight, holding the lamp no more than 2 inches from my notes to be able to see anything! I would collapse of exhaustion at 1 am to ready myself for the daily 6 am wake up time.

The water was not drinkable and we all carried a thermos full of hot water all day, not the most pleasant drinking experience in 90 degree extremely humid weather. To add a bit of flavor to the water, we would put tea leaves in the thermoses – which became my explanation for why the Chinese drink tea 🙂

The university was in a relatively poor neighborhood and the food quality was rather low. Everything was extremely spicy with very little meat and invariably made you terribly ill. I don’t think there was a single day I was not sick!

Very rapidly, I realized that the safest and cleanest source of nutrition were watermelons. There were watermelon stalls at virtually every street corners brought daily by farmers. Despite the watermelons, I still lost over 40 pounds during the summer going from my usual 180 pounds down to less than 140 pounds!

My experience in Chinese hospitals was just as scary. As I was giving directions to someone, I pointed my finger in the direction they were supposed to be headed not realizing there was a metallic electric fan there. The fan had no protective cover and severely severed my index finger. Blood readily spurted from it in a cartoonish way. What truly frightened me was the sight of the hospital. It was extremely filthy and overflowing with patients. The doctor wore no gloves and I was convinced they would reuse needles and manage to kill in the process of fixing my finger!

Despite the challenges, it was a fantastic experience. Having pledged to speak only in Mandarin (and frankly no one spoke any English or French), I picked up the language in record time. I really felt it was “learn or die”! This led to fantastic interactions with locals which are amongst my most cherished memories from this trip. I spoke with famers, cab drivers and dozens of entrepreneurs who ran small shops or stalls across the city. I could not but admire their enthusiasm. They were all so happy and optimistic about the future. They all dreamed of a better tomorrow and were convinced their children would have much better lives. The American Dream was alive and well … in China! In fact, once you interacted with them in their own language, most of the Chinese I met reminded me of Americans – though maybe the less civil harder working 19th century Americans (or at least my vision of them) – extremely hard working, ambitious, optimistic, capitalist, individualists desiring to succeed for their family and themselves above all else.

I also took advantage of the opportunity, especially the time after midterms, to explore rural China and discover some of its wonders. Waiting for the train in the middle of nowhere was always an interesting experience as many of the locals had never seen a Westerner and kept expressing amazement: “You are so tall! You have so much hair!” My body hair seemed particularly fascinating to them and was repeatedly touched and pulled!

You would not believe how inexpensive the trip was. The three months I was there cost me $362 all included (except for the flight there and back) – including various gift purchases in the silk market, food and the hospital visit – which means I lived on $4 per day!

Beijing today is unrecognizable from the city I left in 1994. Everything that was under construction has been built and then some! The city now has all the trappings of modern city with a burgeoning middle class. Cars abound – in fact bicycles have virtually disappeared from the streets. All the watermelon stands are gone as well! There are beautiful and distinctive skyscrapers. The airport is extremely modern. The Olympics left their imprint with an amazing stadium and much improved sports facilities.

The food, while remaining distinctively Chinese, is much richer. Meat and fish are a much more prominent part of meals. As in many American towns Pizza Hut, McDonald’s and to a lesser extent Starbucks are omnipresent. Most incredible, the tap water is now drinkable!

Individuals’ attitudes are also changing in reflection with their increased income. They remain individualistic, optimistic, hard working and ambitious and still believe in the Chinese version for American Dream, but they are also discovering the pleasures of indulgence and enjoying the now! They now take vacations and spend their disposable income on gadgets, cars and various consumer goods.

I feel terribly privileged to have been able to observe the rise of China. 400 million people came out of poverty in less than 20 years – the largest increase in welfare in the history of humanity – singlehandedly responsible for the decrease in global income inequality during the past two decades.

Beijing and China face tremendous challenges in the coming decades. They have to deal with an ethnically and linguistically fragmented population, rapid urbanization, rural poverty and difficult environmental challenges as illustrated by the quasi-permanently grey smoggy skies of Beijing. As ever, I remain an optimist believing in human ingenuity to surmount all these challenges!

I can’t wait to see what happens next!