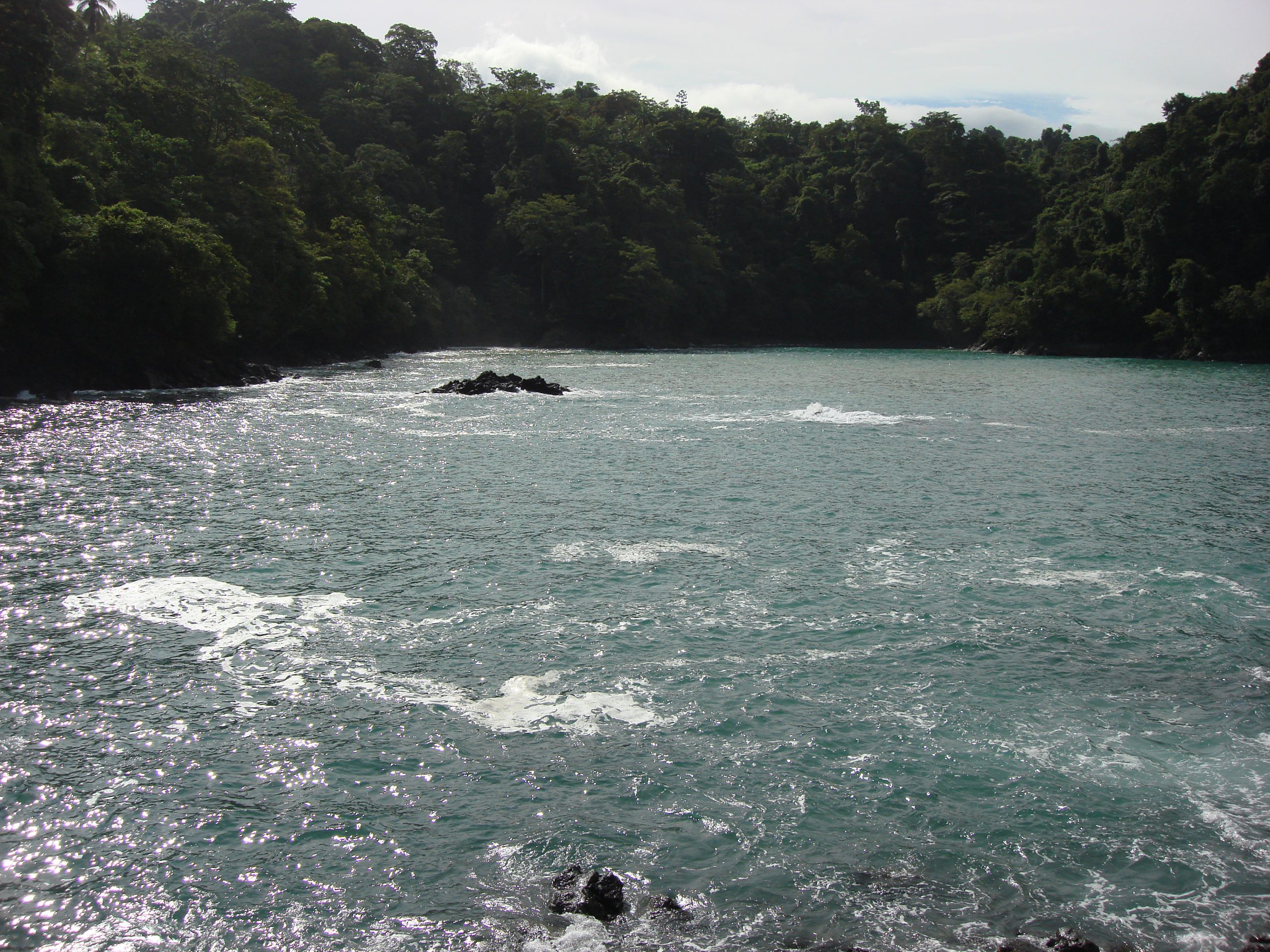 Last September I embarked on a multi-sport adventure in Costa Rica starting near the Atlantic Coast and finishing on the Pacific Ocean. The experience was simply divine.

We started by staying at the Pacuare Lodge on the Pacuare River. This stay ended up being the highlight of the trip. The Pacuare Lodge is an eco-lodge where everything is natural. You get to the lodge by crossing the river by cable tow. The residences are gorgeous. They are perched in the middle of the forest with breathtaking views of the river. There is no running water, electricity or sewage. All use rain and sun as their only source of water and heat. You use candles and a wind-up flashlight as your only source of light. All the food is grown on the property itself and was fantastic.

The next day we went rafting on the Pacuare River with class IV rapids. The ride was thrilling and made all the more engaging by the majestic scenery. It also provided my closest brush with death in years. Towards the end of the run, the guide asked us if we wanted to do the last rapids which were only class II with our bodies. Several of us jumped in the water to see what it would be like. The experience at first was disappointing. The waves were small and the current did not feel that strong. Unexpectedly, I encountered two countervailing currents and was pulled straight down to the bottom of the river. As I looked up, I saw all the other swimmers and the raft go by as I was seemingly stuck in place. I swam upwards towards the light as strongly as I could but did not make any progress. After a few seconds, I decided to stop to conserve my oxygen. I calmly concluded that with my life vest and the air in my lungs I should be buoyant and that I just needed to wait for them to do their job. As the seconds passed by for what felt like minutes and my oxygen started depleting, I thought this would be an extremely stupid way to die. I could not hold any longer and started simultaneously swallowing water, throwing up and blacking out … just as my head crossed the water. I was saved! This served as a good reminder of how tenuous life is even in seemingly benign conditions – as everyone else reported the body rafting part as incredibly easy and uneventful.

From there we went to Arenal. The first day we started out with a canyoning tour. I had never rappelled down waterfalls and adored the experience. After a few hours of rappelling down cliffs and hiking, we headed to the Arenal Reserve. We went up the Sky Tram and did the Sky Trek ziplining. This was by far the longest zipline I had ever done – the last leg is almost half a mile long! We ended the day in style by relaxing in the hot springs of the Tabacon Grand Spa Resort.

The next day we did a full day bike tour of Arenal. The riding was grueling with rough unpaved road and numerous hills. We biked all the way to the base of the volcano and watched eruptions while surrounded by cooled lava. We wound down with amazing massages at Tabacon.

From there we flew to Quepos on the Pacific Ocean for a combination of sea kayaking, tennis and mountain biking. Once again, the experience was fantastic. After a weeklong adventure, our journey came to an end. We flew back to San Jose on a small propeller plane, but got caught in a thunderstorm on arrival with fog so thick we could not see the runaway. After two aborted landings we flew back to Quepos and took a cab to San Jose to fly back to the US.

This one of the most intense and fun vacations I have ever been on and look forward to similar adventures in the future!