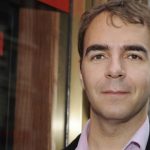 Dazeinfo wrote a really nice article for my birthday full of surprisingly accurate information. I recreated the blog post below for your reading pleasure. You can find the original at: http://dazeinfo.com/2015/08/03/happy-birthday-fabrice-grinda-extraordinary-tech-entrepreneur/

Venturing into unknown with known strategy is always been the unique selling point of the entrepreneur Fabrice Grinda. Developing an investment strategy is not an easy task nonetheless it demands commendable efforts and relentless hard work. Though, he has termed to be the Midlife crisis Tech Entrepreneur he has led the way in his style to give birth to few successful ventures and to reap profits. At this middle age he has $300m in exits and 150 investments under operation

On the occasion of Fabrice Grinda’s 41st birth anniversary refreshing few less known interesting facts that render an opportunity to get to know him closer.

1. Unlike other entrepreneurs he stands to be unique and takes the road less taken. Prior picking up an opportunity he follows his 9 business selection criteria before investing into one. He is the favorite of startups as he always looks forward to figuring out one potential firm that can hold the investment and in turn progress gives multiple figures back. He does not prefer doing anything incomplete indeed he requires everything to be complete even the meager ones per se, his email conversations. He firmly dedicates some part of his time to speak about his failures also.

2. He was born in France and graduated from Princeton University, USA in 1996. Soon after his graduation he joined McKinsey as a consultant to work with them for two years. Being an introvert he always wanted to build something new based on his analytics he ventured on an auction site and co-founded Aucland S.A. in Europe, it was one among the 3 largest auction websites in Europe. In 1999, he raised $18 million for Aucland in exchange of 51% of the company. Later in 2000, the rest of the company was sold.

3. A guy whom he met him during selling his ringtones for $2 each, provoked him to take up the ringtone business hence, came up “Zingy,” after Aucland. As the guy who sold each ringtone for $2 six months later he was noticed to come up with $2 million monthly revenue. In 2001, he moved to US and started off with Zingy, bringing an idea from the European and Asian market into the US market. In 2004, he sold Zingy to fetch $80 million. The blogger also states that the most important innovation that has large impact on the society today is the cell phones and these are the primary drivers of the productivity. While considering his personal life he says, the internet has played a crucial role and most of his life events have been centered on it.

4. Along with Alec Oxenford, Fabrice Grinda cofounded OLX in 2006 with a vision of being a largest free classified in the world though similar to Craigslist, it focused on superior product and excellent content. He met Alec the co-founder in Argentina, while he visited Argentina for the first time in January 2006 both of them spend a good amount of time together climbing, hiking and biking and he chose him to be his perfect business partner and both of them agreed to be the co-founders and co-CEOs.

5. Apart from being an entrepreneur, visionary, analyst, and blogger he is one of the angel investors with 185 investments in 166 companies as a personal investor. Besides being a personal investor as an organization, he has invested in staggering 182 startups with Alibaba group being one of those.

6. Fabrice Grinda was featured recently on the cover of New York Times Styles Section as Midlife Crisis Tech Entrepreneur walking away with a suitcase carrying 50 items and a backpack and it showcased his simplicity in the way of living with limited sources and depicted him to be on the verge of crisis and his traverse from a luxury lifestyle into a simple one. On responding to the post on NY Times, he published a post on his blog stating by virtue of his choice he cut down his expenses and he divided the expenses by 10 with 75% of his income to charity.

With a lot of investments and exits, the futurist now on the verge of giving up he tells “When I looked back at the things that mattered the most to me,” he said, “they were experiences, friendships and family — none of which I had invested much in, partly because I was too busy, and partly because I felt anchored by my possessions.” And these words depict his actions of charity and endorsing his family members with essential comforts.