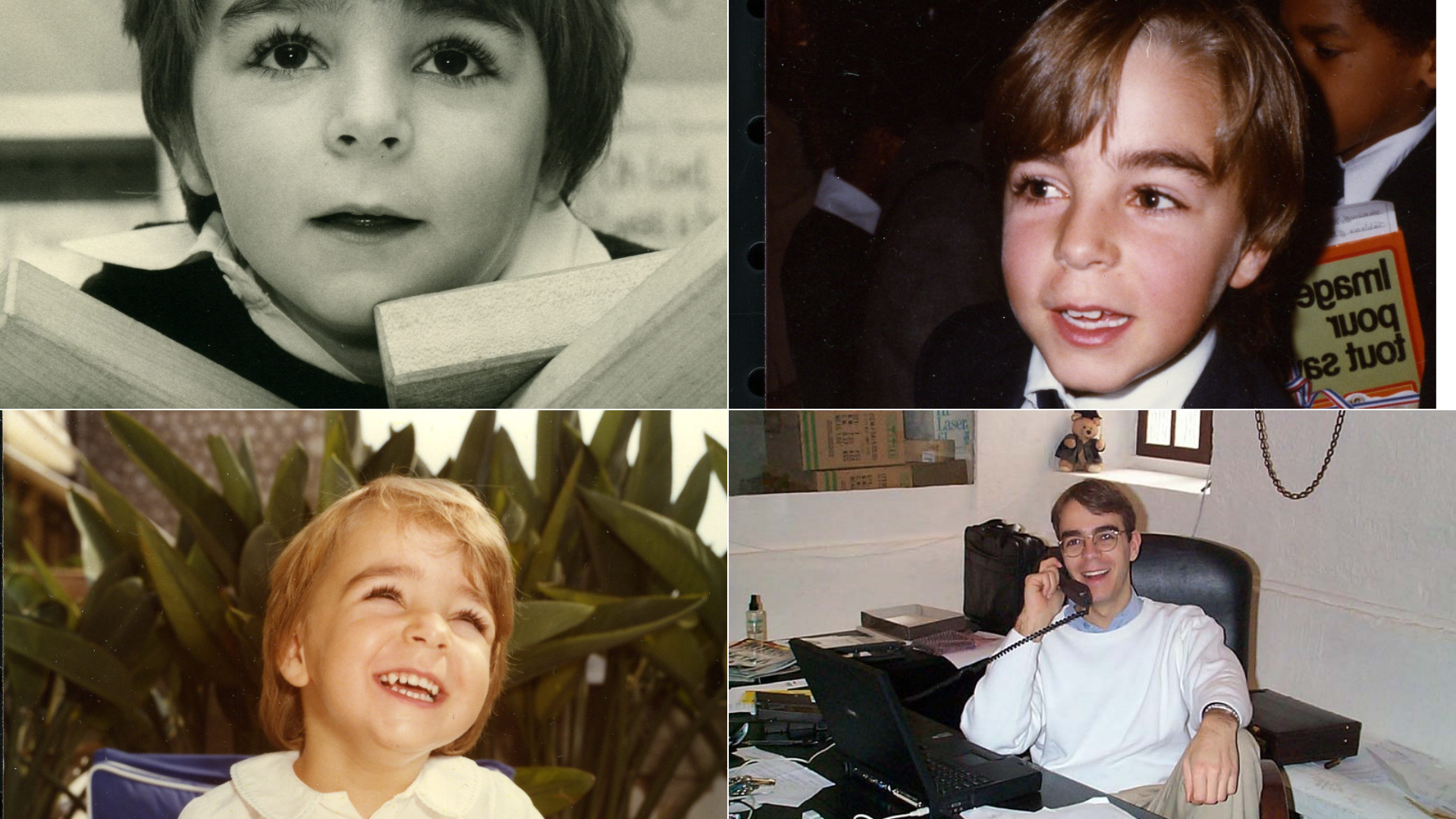 How it all began…

When I explained how I raised my very first round of financing in a recent post, a number of you asked me to count the story of my first company. The story is a lot less sexy and purposeful than that of Aucland, my first Internet company, but I hope you fight it entertaining and enlightening nonetheless.

I cannot explain why I became fascinated with computers. I suppose I loved gadgets and games. We were the proud owners of an Atari game system and played countless hours of Space Invaders and Pitfall. Yet somehow, when IBM introduced its first PC, I became fascinated with PCs. I was lucky to be in a school that was an early adopter of PCs and was introduced to them as early as 1982 when I was 8 as we learned Logo and Basic. After incessant requests, my parents bought me my first PC in 1984 – a Compaq Deskpro 8086 with a 360 Kb 5’25” floppy drive, a 4 color CGA graphic card and monitor, a 1,200 baud modem of lightening speed and a 20 Mb hard drive of seemingly endless space (all my programs at the time – Word, Symphony and various games fit in less than 2 Mb).

My fascination only increased as I realized that my computer allowed me to make up for my horrendous handwriting. I quickly realized I was being under-graded when I handed in handwritten papers, but over-graded when I handed in typed papers. As an overzealous overachieving student, I lobbied for and got a 9-pin Epson dot matrix printer from my dad (which at the very least freed his assistant from typing my papers and untied his office printer). The printer was both horrendously noisy and slow (it seemed that printing 10 pages took over an hour), but it served its purpose well!

This was also the beginning of a life-long fascination with video games – especially strategy and adventure games. It started with Decathlon (I broke several keyboards playing that game) and the original Kings Quest quickly followed by Ancient Art of War, Sword of Aragon, Dune 2 and all Sierra adventure Games (Space Quest, Police Quest, Gabriel Knight, Leisure Suit Larry, Conquests of Camelot, Colonel’s Bequest and essentially every third person adventure game Sierra ever made!).

I simultaneously became an avid follower of the industry devouring PC Magazine, PC World, Byte, PC Week, Computer Shopper amongst others. I eventually figured out I had a modem in my PC and learned the Hayes command set. I started connecting to various BBS, especially Rusty & Eddie to chat with others, get computer industry news and download games and game demos.

As I kept reading about the incessant changes in the industry, I successfully lobbied for upgrading my computer over time (CGA -> EGA -> MCGA -> VGA -> XGA; 8086 -> 80286 -> 80386 -> 80486, etc.) and became adept at assembling computers from scratch. In France, I created one of the first BBS using PC Board 4.5 running on US Robotics Courier HST modems before the official 14.4 kbps norm became available.

Through this process, I became friends with a number of fellow computer enthusiasts as well as the owner of the computer store across the street from my grandmother’s place in Nice, named Fulvio, and one of his interns, named William. William and I became best friends over endless hours of multiplayer gaming.

When I arrived at Princeton in 1992, it quickly became apparent that US retail prices were lower than French wholesale prices and that the latest hardware was being released in US up to one year ahead of its French release. I contacted my French computer industry contacts to see if they would be interested in importing light (to minimize shipping costs), high value computer equipment. They answered yes and I decided to create a company to take advantage of the time and price arbitrage.

I read how to incorporate a company and created Princeton International Computers, LLC (PIC, LLC). I then opened wholesale accounts with two of the largest computer wholesalers in the US, Ingram Micro and Globelle, and started analyzing price and product release differences between the US and Europe. Rapidly I identified that high end processors, memory, graphic cards, motherboards, hard drives and tape drives provided the largest opportunity.

The business had the advantage of being cash flow positive from day one and not requiring any capital. I would fax price lists to Fulvio and William, who had created his own computer retail store in Nice, and my various French computer friends. They would fax me their orders. I would order from my suppliers who would ship to me office (aka my dorm room – for which I wish to express my everlasting gratitude to my roommates who let me use the common area to store all the equipment) and I would have Fed Ex or UPS reship everything to France. As I would get paid at the time of order, but only pay my suppliers 30 days later, the business was cash flow positive from the get go. It was also a great application of the lessons learned in the accounting class. Funnily enough, I ended up being the lead teacher assistant of that class, teaching my fellow undergrads.

As the Internet started becoming more popular, I had transitioned from spending time on BBS’ to spending time on IRC, gopher and various Internet based bulletin boards. I also started selling online in the ”Computer Equipment For Sale” section of the various bulletin boards. However, I did not sell much online as the customers in those forums were extremely tech savvy and price sensitive and the competition was fierce.

As Mosaic and then Netscape started taking the world by storm, I started pondering my options for what to do next. PIC had grown dramatically but the very exploitation of the arbitrage opportunity was making it disappear. Moreover as companies like Intel and Asustek were becoming more global they were aligning their global prices and release schedules. It was clear that the basis for the company was disappearing. Even though sales had multiplied by 10 between 1992 and 1996, margins had divided by five. It was time to call it a day. The company had served its purpose – it taught me the basics of business and let me graduate Princeton with $50,000 in the bank, which after successful investment provided the seed money for Aucland.

It would love to claim that a lot of strategic thinking had gone into the process – starting with choosing to own a PC instead of a Commodore 64, Apple II or Amiga system as most of my friends were getting. The reality is that I was probably influenced by what was available at school, what my dad had at his office and was lucky to have chosen the platform whose open architecture and competitive market would lead to dominance.

Had I much foresight I would have told my dad to buy Intel, Microsoft and Dell stock. I was seeing these companies grow in front of my eyes and yet it never even occurred to me! I was also extremely lucky that what was essentially a hobby turned out to become a huge industry, knowledge of which became important comparative advantage when running an Internet company – especially when managing developers.

All that said, this first business experience was tons of fun. I got to upgrade my computer every week and it yielded a best friend in William. He later became the country manager of France for Aucland, then marketing manager for Meetic (a Match.com equivalent in Europe) and is now VP of Marketing for OLX. He lives 5 minutes away from where I live and we still play multiplayer games online every few days 🙂