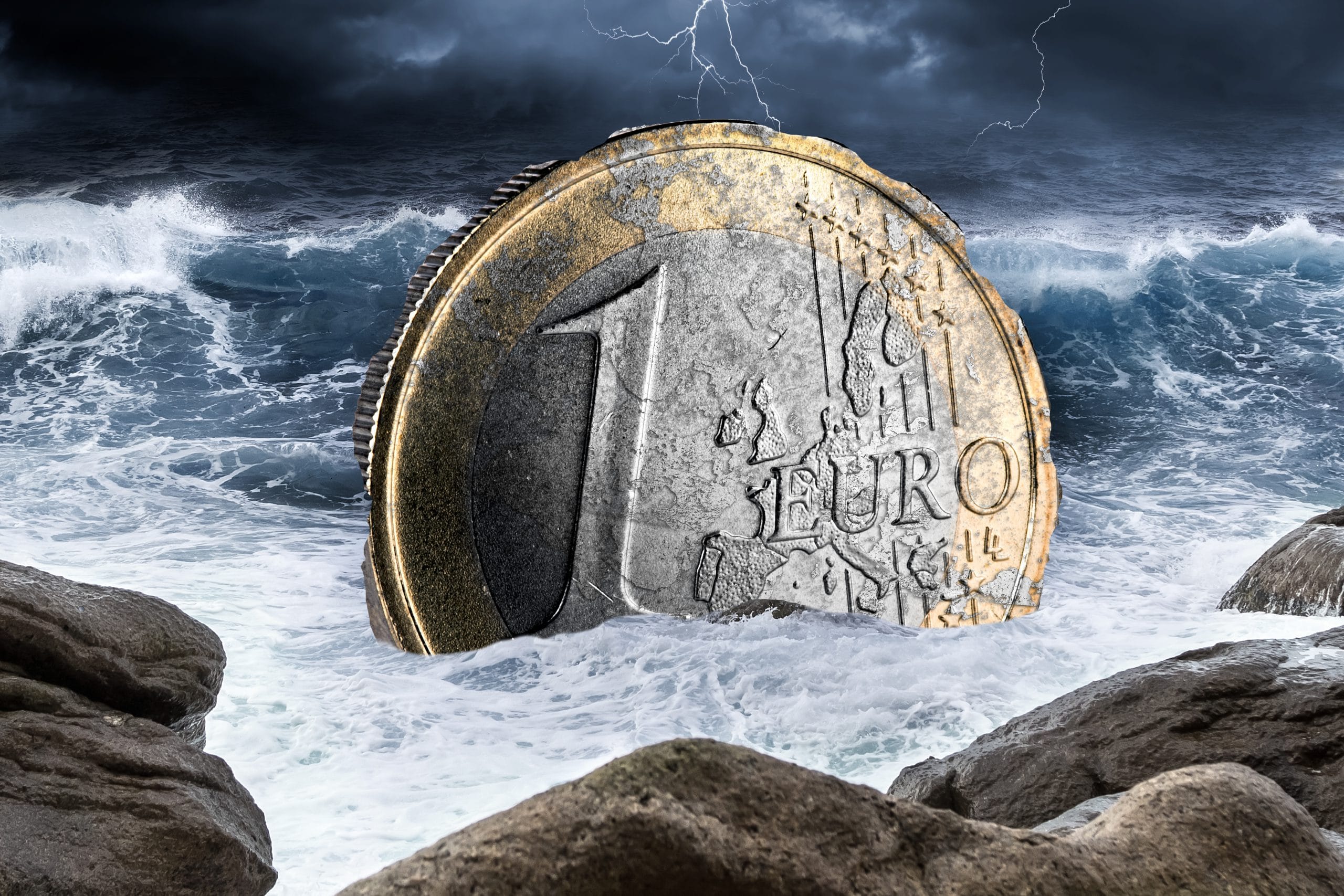 Is the Euro zone crisis by design?

A few months ago, I started writing an analysis of our global economic situation that I wanted to present in the form of an optimistic thought experiment. That article has become so long and complicated that it has essentially turned into an economics PhD dissertation. I have shelved it for a while pending a major culling, simplification and rewrite. I still hope to publish it in the coming months.

While doing research for the section on the Euro zone crisis, I came across an article I helped write for Niall Ferguson in 2003 where I argued that the European Union was far from an “optimal currency area” with broadly homogeneous conditions. Moreover, the lack of a fiscal union, cross country labor mobility and the fiscal straightjacket of the Growth and Stability Pact would lead to a crisis.

I wondered if such a crisis was not by design. The European Union project had reached the limit of its democratic mandate. The Maastricht Treaty of 1992 which led to the creation of the euro and created the pillar structure of the European Union had proved extremely hard to get approved. In Denmark they had to hold two referendums to get the treaty through and in France it barely passed with 51.05% of the vote. Similarly, the Treaty of Nice in 2001 was initially rejected by Irish voters until they gave the “right” answer in the second referendum. Similar difficulties ensued with the treaty of Lisbon in 2007 though it was eventually approved and passed into law in 2009. It seemed clear there was no public appetite for further integration.

Knowing that they did not have broad public support for more power seeping from the individual nation states to the European Union, I still suspect the “eurocrats” made do with an imperfect system that, given its limitations, they knew would lead to a crisis. They probably thought that in the face of such a crisis, when faced with the extraordinary costs of a breakup, Euro zone countries would opt for further political and economic integration – even if they lacked the democratic mandate for it.

The recent takeover of Italy by an unelected technocratic caretaker government of bureaucrats led by Mario Monti, and the reforms imposed upon Greece, seem to lend credence to the idea. As far as conspiracy theory goes, this one is far from being “hidden” given that the European Commission president himself at the time, Romano Prodi said that sooner or later “there will be a crisis.”

I am including excerpts from the 2003 article below for your reading pleasure.

“By joining EMU countries relinquished the power to set their own monetary policy, control interest rates and let their economies adapt through foreign exchange rate adjustments. Instead, the power to decide the monetary policy for the EMU countries was handed over to an independent central bank, the European Central Bank (ECB) with a mandate of price stability. The bank sets one rate that applies to all EMU countries.

However, the EU is not what economists call an “optimal currency area” with broadly homogenous conditions. Some countries, such as Italy or Ireland, are unsynchronized with the economic cycles of others like France or Germany. As a result, one monetary policy with one type of interest rates may prove inadequate.

For instance the current short term interest rates of 2.5% are probably too high for France and Germany which are both on the verge of recession and too low for Ireland which has been growing much more rapidly and where inflation is hedging upwards.

This is all the more problematic that, contrarily to the United States, there is very little labor mobility between countries and no systematic mechanism for fiscal transfers to countries and regions that might lose out. Even in the United States where regions suffer asymmetric shocks because of local concentration of particular industries, labor movements, while more fluid than in Europe, are far from costless.

This would be alleviated if countries could use fiscal policy to smoothen the business cycle. However, the very ability to do that is threatened by the Growth and Stability Pact that prevents individual countries from running deficits above 3% of GDP with strong economic penalties in case of breach (as high as 0.5% of GDP). This was driven by the German desire to impose tough conditions for entry to countries such as Italy, Spain and Portugal. Ironically, it is now hurting Germany the most.

Budget deficits naturally increase during recessions. Tax revenues fall as corporate profits decline and national employment declines. Expenses increase as unemployment rosters and thus unemployment benefit outlays increase. Traditional economic policy suggests loosening fiscal policy even more during recessions to “prime the pump” and getting the economy started again. If countries were to follow the Growth and Stability Pact they would increase taxes to avoid breaching the deficit limit. Increasing taxes during recessions is economic folly.

In recent years, in order to avoid breaching the limit both Germany and France have been privatizing companies and counting the proceeds as income. In 1997 France relied on a one-off payment from France Telecom worth 0.5% of GDP to keep it below the limit. So far these one off sales have saved them from the disgrace of breaching the limit. Moreover, both countries have kept tighter fiscal policies than they should have imposing significant costs on their economies.

In 2003 and 2004 with their economies on the verge of recession both France and Germany are set to breach the 3% limit of budget deficit. Ironically, this may actually end up being beneficial. Rather than commit economic suicide both countries have wisely decided to ignore the rules set by the stability pact. The European Commission is unlikely to sanction the two countries that have done most for European integration and may even abandon the Growth and Stability Pact. Ironically, this could allow less disciplined southern countries to also flaunt the rules that were meant to keep them in line to begin with, thus planting the seeds of a future crisis.

Historically the European Union has proven practical and will probably adapt accordingly. However, even the removal of such ill-conceived policies as the Growth and Stability Pact still leaves the European Union at risk from a strong asymmetric shock which will test the Union to the limit. The European Commission’s president himself, Romani Prodi, said recently that sooner or later “there will be a crisis.”

Also, it’s unknown what will happen if a country decides to exit the EMU or the members decide a disobedient country ought to leave. The costs of exit are likely to be very high leaving the most likely outcome as further political and economic integration with mechanism for fiscal transfers between countries.”

It’s remarkable how the situation has changed since I wrote the article. At the time it was Portugal and Ireland that were growing too rapidly and France and Germany that were in recession. In fact, the first two countries that broke the rules of the Growth and Stability Pact were Germany and France in 2004. They were not punished for exceeding the budget deficit limits. The lack of rule enforcement set the stage for the southern countries to brazenly flaunt their budget deficit limits until their excesses led to the current European sovereign debt crisis. It will most likely lead to further political and economic integration, as I predicted in 2003. The ultimate irony would be if the crisis that the eurocrats caused to promote integration actually became so big that it led to the euro’s disintegration instead!