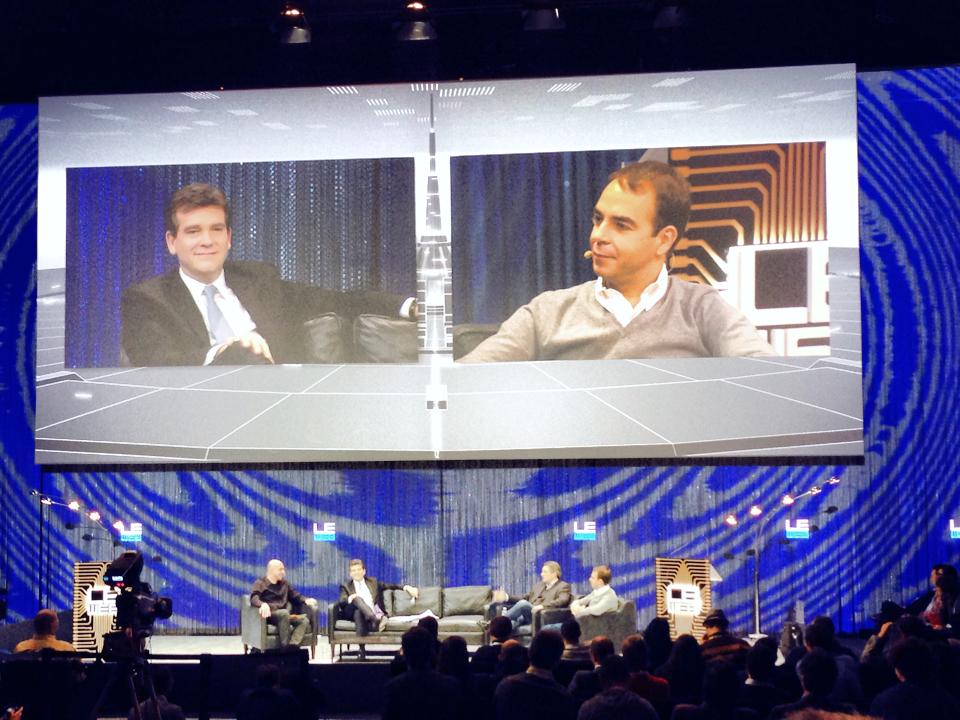 Loic Lemeur asked Jeff Clavier and me to react to Arnaud Montebourg’s presentation at LeWeb and ask him a few questions. I suggested France might adopt some measures that would make the economy more efficient, while preserving the French progressive social model, but I fear he misunderstood the question.

It’s a pity given that France has so much potential: a talented, creative and productive labor force, a reasonably large market, good entrepreneurs and angels. There is a real opportunity for France to take a page from the Nordic countries: capitalizing the retirement system, promoting labor market flexibility by eliminating work contracts “CDI” and moving to at will employment, eliminating the regulatory requirements for companies above 50 employees that push most small companies to want to remain small, indexing the retirement age with life expectancy, and much more. All this can be done while actively helping the needy, which France actually does not do a very good job at, especially for minorities who live in “les banlieues.”

In fact given France’s centralization it’s in a better position than most to even go a step further and take a page from Estonia to introduce online medical records for everyone and online access to homework assignments, grades, attendance records, etc. for all K-12 students.

His suggestion that innovation should only be allowed if it does not disrupt existing industries shows how unaware he is of how innovation actually works. He supports passing a law requiring preventing Uber drivers from picking up passengers less than 15 minutes after they are called. Imagine how ridiculous it would be for a car to show up within 5 minutes, and having to wait another 10 minutes before being allowed to get in. All that to protect a cosseted taxi monopoly. As he made clear, he feels the incumbents have to be protected from the innovators. The worst part is that he is sincere and means well, but as I pointed out to him: the road to hell is paved with good intentions.

At least it was fun translating for him at the end. His answer had the merit of being precise and well-constructed. Next time instead of interviewing him, I think I should be given equal time to debate him, in French to avoid misunderstandings.