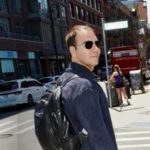 I was recently interviewed by Alliancy to discuss the world in 2030. I am transcribing it below for your reading pleasure.

Alliancy magazine. What major changes do you envision in fifteen years?
Fabrice Grinda. The internet of things, such as refrigerators that order produce you run out of, deliveries by drones, etc. All of this is coming. However, I also see some major breakthroughs in five areas: cars, communication, health, education and energy. The technologies exist. The future is already here, it’s just not equally distributed yet. For large-scale deployment, costs need to come down and usage needs to be simplified.

Cars will become “shared”. Today, self-driving cars have already travelled millions of kilometers without an accident. But while the average price of a car in the United States is less than $20,000, the system that enables the car to drive itself costs around $100,000. Financially speaking, their general application is still not feasible. The legal framework is also missing. We need to determine who would be responsible in the event of an accident.

Will there be cost benefits?
The car is the second source of expenditure in the household budget, even though it is not actively being used 95% of the time. People continue to purchase a car because it is less expensive than using Uber and a driver, and the car is available at any time, especially in less-densely populated areas. But when the day comes that the cost for the driver disappears, when cars drive themselves, the main expense will become the depreciation of the asset over a few years. A shared vehicle, used 90% of the time, will become much cheaper. Thus, at all levels, owning a car will no longer make any sense. Companies will purchase fleets of cars and make them available to companies who will operate them like Uber, with a sufficiently dense network so that a car can be available in two or three minutes, eventually including even less-populated areas. This is especially going to change society. In the United States, a primary source of employment is driving. This is going to free up an enormous labor force. The cost of driving will go down, and we will have a lot of things delivered to our homes, even a coffee!

In the area of communication, has the revolution already occurred?

No. The most common tool – the one that it’s difficult to imagine living without – the cell phone, is going to completely disappear. In fact, we are making considerable progress in “brain reading”. We are at the stage where we had voice recognition fifteen years ago. At the time, you needed a powerful dedicated card and hours of repetition in order for your voice to be recognized effectively. Today, by wearing a helmet with 128 electrodes on your head and hours of training, you can be taught to use your thoughts to pilot a plane, move a pointer on a screen, etc. In 2013, a brain-to-brain connection was even made. Someone, using the power of thought, was able to move another person’s arm…

So what are we waiting for?
In fifteen years, it is conceivable that we will have one or two transparent and invisible electrodes on our brain that will allow us to use our thoughts to give instructions to a miniature computer to show us emails, texts, using lasers on our glasses that write on our retina or through intelligent contact lenses . This will be superimposed over our vision.

We will have a sort of “enhanced telepathy”. We will exchange information via thought: I think of a text, I send it to you, you read it on your retina, or your contact lenses. We will no longer need to have a portable device with our head constantly looking down at this little screen that distracts you and limits your field of vision. But, in fifteen years, we will still be at the very beginning. Lasers that write on retinas exist, but intelligent lenses are still of poor quality. Thought reading is still approximate and requires a super computer and 128 electrodes. In 2030, the equivalent of today’s super computer will cost fifty dollars. The development of electrodes sufficiently small and efficient and effective transcription software will perhaps take 20 to 25 years. However, it’s inevitable that smartphones will become extinct.

And in the health sector…
Today, five doctors can make five different diagnoses of the same illness: humans are not good at diagnostics. So far, Watson, IBM’s super computer, is better at detecting certain cancers than doctors. This is only logical because it reads each micron of an MRI or an X-ray, while a doctor only looks at them for a few minutes. In five years, diagnostics will mainly be left up to computers. In ten years, we will have a universal diagnostic machine for all common diseases, such as the common cold, HIV, etc. This will be even more useful in places like Africa where there is a shortage of doctors. At the same time, surgery is also being revolutionized. Da Vinci’s “robot doctor” has already conducted five million operations. Surgery will continue to become more robotized or automated and this is going to minimize performance gaps between surgeons. For the first time, the cost of medicine will start to go down. In addition, all of the paperwork and administrative inefficiency is going to disappear with online medical files, etc. In fifteen years, we will be continually diagnosed with constant feedback about what we need to do in terms of nutrition, medication, etc., all while having more effective surgery and a much lower cost structure for medicine.

Another coming revolution – education?
If we were to teleport Socrates into today’s world, he would recognize almost nothing… except the way we educate our children: a teacher of variable quality speaks to a class of 15 to 35 students. It makes no sense to continue educating our children the same way it was done 2500 years ago, when each student has different skills and interests. And now that the world changes so quickly, just consider how ridiculous it is that education is time limited and stops after school or university is over. Education should be an on-going process that takes place throughout our life and it should be more efficient.

How will this change our potential?
With sites like Coursera [that offers the best courses in the world for free, editor’s note], the best professor in the subject area provides online courses to 300,000 students. It’s so much more logical to have the best teacher educate the largest number of students! Only those who want the degree pay to take the exams. It’s a much more egalitarian system.

And at the elementary or high school level?
Automated learning systems are currently being tested in some schools. The teacher is no longer a fact spewing maching, but a coach. The course is provided by the software that then asks questions and adapts to the student. If the student makes mistakes, the software reiterates the material differently, then advances to the next level when the student has understood. In the same class, each student goes at his/her own pace. This is not the end of school. Beyond knowledge, we need to learn to socialize and interact and we need be surrounded by other children. Humans are quintessentially social beings.

Anything else?
The largest breakthrough will be in continued education. All careers are currently being reinvented. In marketing, a few years ago, you needed to know how to optimize your visibility on search engines (SEO). Today, you need to understand app store optimization (ASO). How do you learn this? You take specialized courses on sites like Udemy, the leader in the area. They are created by users and are then available from 1 to 10 dollars…

In other words, the working world will inevitably be changed…
The generation of millenials [editor’s note: born starting in the year 2000] hates the idea of a nine-to-five work routine, the idea of working for a boss, of having a boss. We are currently witnessing the explosion of entrepreneurship in the United States, empowered by the arrival of a number of on-demand service applications. Half of all jobs created after the 2008 crisis are people who are self-employed and who work for Uber, Postmates (meals delivered to your home), Instacart (meals delivered by a neighbor).

These are services that are personalized and available on-demand…
Beauty treatments, manicures, haircuts, transportation, etc. All of these services have been reinvented with a lot of flexibility. This is also true for programming, editing and design services. Work is becoming increasingly less incremental, less time based. Millenials can work day and night for a week, then five hours the next week; they want to work where, when and how much they want. For them, money is only a means to have life experiences. In 2030, they will represent half of the working population.

And will we be happier in 2030?
Not necessarily because people adapt rapidly to changes in their circumstances through a process called hedonic adaptation. However, we will be the master of our own destiny. We will work as much – or also as little – as we want. The average population will be in better health and better educated. The cost of most things will be lower and this will result in a vastly superior quality of life.

So, there is no social divide?
There is talk about widening inequalities, but the reality is that there is a convergence of social classes. In 1900, rich people went on vacation, not poor people. Today, one travels on a private jet and the other on EasyJet, but both of them take a plane and take a vacation. 99% of the American poor have water and electricity, and 70% have a car. With regard to criteria such as infant mortality and life expectancy, inequality is decreasing.

But what about climate change and the cost of energy, wouldn’t they affect these advances?
That is going to be solved without regulation, without government intervention. We’re going to move towards a non-carbon economy, but for purely economic reasons. One megawatt of solar energy already costs less than one dollar compared to $100 in 1975. This reduction is a result of improvements in production processes and productivity. We’ve already reached parity in solar energy costs in some regions of the world, far from cities, where the creation of a power station is expensive. In 2025, the costs of one kilowatt produced with solar energy will be less than that produced with coal, without a subsidy. Once that happens, tens of billions of dollars will be invested in it. In 2030, we will start accelerating solar deployment. The megawatt costs will be much lower. And that will in turn lower the costs of a lot of things and improve the quality of life. I am very optimistic.

* According to the classification of FundMe and France Digitale (April 2015), since 2009, Fabrice Grinda has invested 26 million euros in start-ups.

Read the full interview with Fabrice Grinda at ALLIACNY.FR