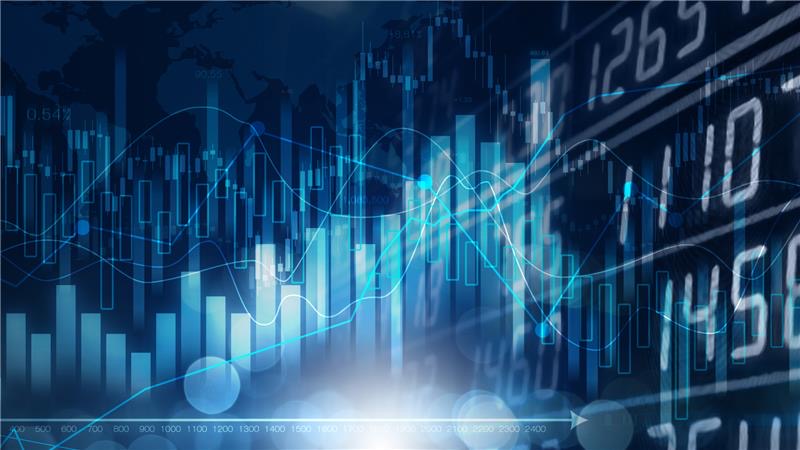 I realize this blog post might appear douchey as its content only applies to very few lucky entrepreneurs. However, given the amount of bad advice dished out by traditional investment advisors and that every entrepreneur I backed who successfully exited asked me how to manage their funds, I felt the post had to be written.

Most traditional advisors have a model that essentially looks like this: domestic equities 30% (split between large cap and mid cap), international equities 20%, real estate 20%, fixed income 20%, alternatives 5% (private equity and hedge funds), cash 5%. The percentages vary a little bit according to your demographic information and risk profile, but are directionally correct. Interestingly, often the allocations don’t vary all that much between their most aggressive and conservative portfolio recommendations.

These models are based on the historical risk premium and volatility of each asset class. There are times when this allocation might make sense. However, the models take the valuation of every asset class as fair at the time of investment. The valuation at which you enter the market really matters. For instance, in this period of historically low rates it makes no sense to own any fixed income. The yields are so low you might as well be in cash. You are not being compensated fairly for default risk. Worse bond prices are bound to fall as interest rates rise. Likewise, equity prices feel rich. The S&P 500 p/e ratio is 25.5 despite historically high corporate profits over 8%. Historically the S&P traded at a p/e of 14 and corporate profits averaged 5%.

Historically, I did invest in high quality, high dividend paying US stocks. They generated cash and appreciated in value. I did not own any tech stocks, given that I am already over exposed to the sector via my day job. I also did not invest in the equity of any financial companies. Despite improved balance sheets, a crisis can still easily wipe out all the equity. However, I liquidated my equity exposure earlier this year on valuation concerns.

Don’t invest in actively managed funds and hedge funds. Bankers like them because they generate high fees, but net of fees essentially none of them outperform the S&P 500 in the long run. Worse, we often invest in them after they had a good run, which typically only leads to mean reversion. I would also not invest in private equity funds pushed by banks. The asset class does ok from an IRR perspective, but the funds are illiquid forever (10+ years) and fees eat a large portion of the returns. There is also very little correlation between historical and future fund returns in private equity.

In addition, you should NEVER borrow on margin. Every banker I ever met pushes for this. They tell you: “Invest $1 million in bonds that earn 4% and we will lend you $1 million at 2%. Not only do you make money on the trade, you still have the $1 million to spend on whatever!” It sounds like a good idea, but it’s a terrible idea because in a difficult moment (e.g.; 2008/2009 crisis) your assets fall in value. To cover the difference the bank will make a capital call and ask you to give them cash to cover the losses. Those are the very moments where you want the most cash to be opportunistic and buy assets on the cheap. The 2% / year is just not worth it. Keep the money in cash. When crises happen, you can make 100%+ by investing in high quality assets at a low price.

I am more agnostic on personal real estate as I usually consider it to be consumption rather than an investment. In a city like New York, the rental yield is a paltry 2-4%. If you compare total monthly ownership costs (mortgage cost + opportunity cost of your down payment – or just assume you had done a 100% mortgage to make the math simpler + property taxes + maintenance + average monthly expenses of fixing things that break) to your rent, renting can be 2 to 3 times cheaper than owning! That said, many people love owning their primary residence. If it fits in your budget and you are cognizant of the fact it’s consumption and not an investment, do whatever maximizes your happiness (Rent … unless you want to buy)

Real estate is one of the most attractive asset classes right now, if you are not buying real estate you want to live in. If you have a diversified portfolio it’s very safe and you can generate cap rates (net operating income divided by purchase price) of 6-13% at scale depending on the geography you invest in. To get the best deals you typically buy in cash and can refinance later. Jose and I bought several multi-family apartment buildings in Berlin between 2011 and 2013 using this strategy. My brother Olivier, who runs Home61, helps family offices build portfolios of income generating properties in Miami, Florida and Columbus, Ohio with great success. Note that this approach does not work in cities like New York and San Francisco where cap rates are extremely low.

Another successful real estate approach is to do an arbitrage between long-term and short-term rentals. You can buy or get long term leases on apartments, then rent them on Airbnb (or medium-term rental marketplaces used for corporate housing, etc.) for a shorter duration. Even considering the fees of a management company (assuming you don’t want to do all the work yourself) there are several cities where you can generate 15-25% in net yields per year. It’s typically less scalable because many buildings and leases don’t allow subletting and some cities don’t allow having multiple listings on Airbnb or restrict short-term stays (e.g. sub-30 days), but it’s one of the highest yields you can generate in the market.

Not surprisingly, the asset class I like best is early stage technology investments. It’s one of the few sectors of the economy delivering real growth where companies can grow extremely rapidly. At the same time because of the economics of venture funds where they take 2% management fees per year and 20% of the profits, the very best investors have an incentive to raise larger funds and invest in later-stage deals. You can’t really make money with a $30-50 million fund. The economics of an early stage fund only work if you are investing a very large sum of personal money where you get 100% of the profits rather than 20%. As such early stage investing is not a very competitive asset class outside of YC. At FJ Labs, we are mostly competing with less sophisticated angels who do a few deals a year. The very best investors are at A16Z, Sequoia or Greylock doing later stage deals.

In a way investing at an early stage is less about picking winners given the amount of future uncertainty and more about avoiding bad investments. Mix that with a very diversified portfolio of at least 50 investments and you can generate great returns. I generated an average of a 70% IRR with a 6.3x multiple over the last 19 years in this asset class, admittedly starting with a very small asset base. It’s very important to be diversified both in time and in terms of number of companies. Invest over 2-3 years. If you don’t have the deal flow, the easiest way to get exposure to the asset class is invest in multi-company funds, such as those on FundersClub. You can also invest in individual deals, but obviously put much less in the individual deals than in funds. Also note that these are not traditional funds. There is only one upfront capital call and they don’t keep money for pro-rata, which means that when they run out of money they do another fund. If you wanted to invest, take the allocation you would want to invest in a fund and divide it into separate parts to get exposure to multiple funds over 2-3 years or so.

II would also invest a smaller amount of money in a more concentrated fashion in a few pre-IPO companies such as Airbnb. You won’t make a 10x, but it’s a good way to do a 1.5 – 3x in a few years and get a great IRR. You should not invest in “speculative unicorns” that are early stage companies commanding billion dollar valuations, but rather more established startups with valid business models on path to IPO. Airbnb is the best example of that right now.

I recommend holding a large portion, 20-30% of your net worth in cash. Bankers hate this because they think we are leaving money on the table. But often yield chasing in low rate environments is like picking pennies in front of a steam roller. Given how low yields and inflation are, it’s best to keep the cash. The opportunity cost is very low and it provides amazing opportunities for high returns in times of crisis by buying high quality assets at large discounts. Note that for this to work, you need a contrarian temperament. You need to be willing to buy when people are afraid and it looks like the world is going to end. You should also use part of the cash to seed fund your next startup. The first $500k – $1 million is the most expensive and dilutive capital you can get. If you can avoid raising it, all the better. Make sure, however, that you are still diligent in the idea generating process and in the execution of your startup. For most people, I would not recommend putting more than 10% at risk in their next startup.

To give you an example, if you just made $10 million net of taxes, wanted to own your home and followed the aforementioned strategy, you would deploy it the following way:

If stock valuations reverted to the mean I would trim back real estate and tech investments by $500k each and allocate $1 million to non-tech, non-financial high quality high dividend paying stocks instead.

It’s important to note that the above allocations should vary according to your individual cash needs and net worth. If you were worth $1 million, the allocations would be very different. Conversely, if you were worth a lot more you should dedicate a lower percentage of your net worth to your primary residence.