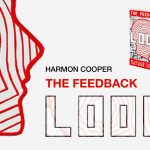 The Feedback Loop is the new Ready Player One

Quantum Hughes, the protagonist, is stuck in a virtual reality world called The Loop following a software glitch. As in The Matrix, his body is in the real world in a vat, while Quantum’s consciousness inhabits his character in the Loop, unable to escape. The Loop is a Grand Theft Auto-type game set in a noir Sin City-like environment. Quantum plays the game every day until it resets at midnight and starts in the exact same way the next day.

The book is far-fetched and amazing.