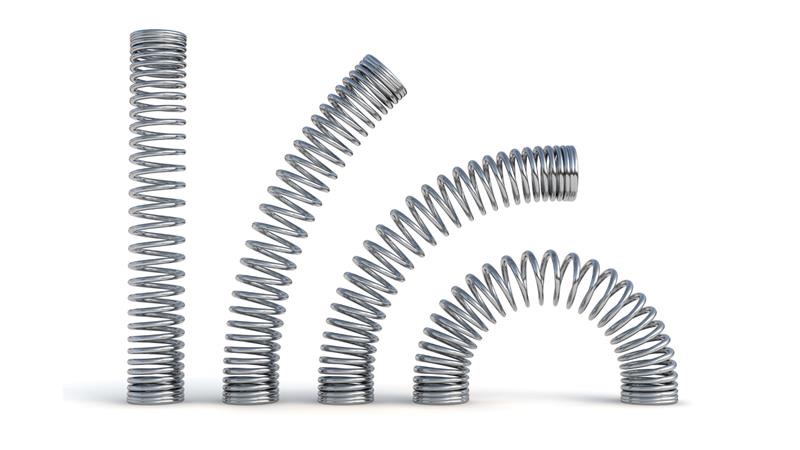 The Plasticity of Personality and the Power of Extroversion

It has become widely accepted that our brains and bodies are plastic. We can largely shape them through our diet, life experiences and mental and physical exercises. From personal experience, I can also say that our personalities are plastic. We can dramatically alter them given the will to change and the grit, tenacity and perseverance necessary to see the change through.

I am not sure why I was so shy, introverted and socially awkward as a kid. There are many potential reasons, but the simplest post fact rationalization is that my interests were fundamentally different from those of my peers. I was extremely studious, curious and serious and my intellectual arrogance made me look down at kids who did not share my interests. I was fundamentally happy with my life and who I was if often lonely. The consequence of that isolation was that I became ever more successful in my intellectual and academic endeavors while never developing basic social skills.

When I got into Princeton, I felt I was going to enter paradise. The freedom to choose your classes amongst a selection of hundreds of options is unheard of in France where everything is essentially assigned to you. The academic in me was like a fish in water. I took courses in almost every department – molecular biology, computer science, the Roman Empire, mathematics, Russian literature, Chinese, East Asian history, the Peloponnesian War, psychology and much more! Moreover, I got to interact with brilliant professors who have to hold office hours and talk to you. Shockingly very few people actually take advantage of that!

On the social side, I had expected to meet more people who shared my intellectual inclinations. I know there were some at Princeton having met a few after Princeton, but at the time I did know how to go about finding them. Besides, I was so good at getting A+s and doing my own thing and so bad at socializing that I focused on what I was really good at. I did get to work on my public speaking abilities as I aced the accounting class as a freshman and subsequently became a TA for the class, teaching it to my fellow undergrads.

I only started coming into my own at McKinsey. Everyone I met was so incredibly smart and interesting with such diverse backgrounds. Moreover, we were all essentially insecure overachievers. I immediately related. I spent countless hours remaking the world with my fabulous office mate and countless more talking about everything and anything with many of my fellow analysts whom I am now proud to call my best friends!

It’s also at McKinsey that I started to realize that as smart as I thought I was (and McKinsey specializes in hiring young people who think they know everything – it’s only much later I realized how little I actually knew), it was not enough. I observed that the people who were the most successful were those who were the most extroverted and social. They aggressively and explicitly went after the projects they were interested in, they related well with their peers, bosses and clients. It dawned on me that to truly succeed in human society I had to attempt to be as comfortable in those social situations as I was in business and intellectual endeavors.

I embarked on this endeavor with gusto and McKinsey was more than willing to oblige. I signed up for an oral communications skills workshop to work on my public speaking and presentation skills. I was videotaped giving a presentation and then verbally destroyed as they broke down and criticized every element of the presentation to help me work on my “development needs.” It was brutal, but effective!

I then signed up for a written communications skills workshop, lobbied to present as much of the material as possible to the clients and gave a presentation on the trading business in front of all the financial industry partners at a conference in Barcelona. When I walked on the stage my temples were pounding, my palms were sweaty and I felt I was going to die! Fortunately, as I started the presentation I relaxed and managed to survive!

By the time I was running Aucland, I had become very comfortable with social interactions in a business setting. My experience there took my comfort level to whole other level. I was still very apprehensive on the first big TV interview. I knew that on the other side of the camera there were millions of viewers for one of the top shows in France (Capital). Again after I got started, I relaxed and it went extremely well. Between that show’s success and our growing popularity in the French press (read How did you raise your very first round of financing? for the details on how it happened), I realized that not only I no longer feared public speaking, but I actually relished talking about what we were doing! Even better, I realized I also loved working with my employees and partners, sharing, learning and challenging each other!

The first phase of my conversion was complete. In a business setting, I had gone from a loner who liked to do everything on his own, to a confident, passionate extrovert who loved to talk in public and work with employees and partners. I also had the privilege to meet a few fantastic people whom I am proud to call my friends. However, despite having a few close friends, I was still not comfortable in social settings. I was great one on one covering topics that appealed to me, but dreaded environments with more people. Moreover, as I was so successful and comfortable in my business life, I found it easier to do that than to focus on my personal life.

It did not take a rocket scientist to realize that the most successful people in social settings are those who are extroverted, confident, comfortable and inherently social. In other words, it required the very traits that I had strived to learn in a business setting.

I came back to the United States in 2001 to start Zingy and as I was recovering from a case of unrequited love, I decided it was time to grapple my fear of social situations. In dating, I had always been held back by a combination of extreme fear of rejection with the highest standards in the world. I had to tackle the problem head on. It struck me that the best way to get over fear of rejection was to get rejected. For 100 days in the fall of 2001, I removed all selection criteria other than looks and forced myself to approach 10 random girls a day and ask them out. I even kept track of my progress in a spreadsheet. You will not be surprised to hear that when you approach random girls in the street to ask them out, you get rejected a lot – especially when your first attempts are awkward, nervous and lack confidence.

I did learn that the second best pickup line was: “As it seems that our lives are headed in the same direction, I felt compelled to introduce myself to you.” If the girl laughed or smiled, I had an opening. Most often, she would just ignore me or walk away often looking at me as though I was crazy. The best pickup line was and remains “Hi!”

What I had going for me was the law of large numbers. When you ask 1,000 people out, you are bound to have someone say yes and in this case 45 girls said yes. The time had come to learn “American dating.” Not having been through this process before, I made all the mistakes in the book. The most fundamental mistake is the first date dinner. As you recall, I had selected the girls at random and it did not occur to me that we might not be compatible. My first date was awful. We had nothing to tell each other and I was bored out of my mind. Worse, I was stuck with the bill at a time when I had very little money. Not being a particularly quick learner, I assumed it was a fluke. After three or four terrible first date dinners, I realized that first date drinks were a much better idea!

I then learned that American dating is highly regulated. It seems like almost everyone is afraid to share their true feeling for fear of getting hurt or hurting the other person and as such people follow “rules.” There are clear social expectations of what is sexually appropriate on what date, how to show interest (or lack thereof). A lot of the gimmicks in movies like Hitch are actually true. It’s also interesting to see basic psychology in action: someone who likes you will mimic your behavior – for instance picking up their drink when you do.

This entire episode was also an interesting social experiment as it broadened my horizons. By removing all selection criteria, I ended up going on dates with girls with many different backgrounds, jobs and passions. This only strengthened my belief that while opposites may attract, people who are similar make for much better couples. In the end, I was not interested in any of the 45 girls though several of them were interested in me. If anything this shattered my fear of rejection as I realized that the 955 girls who had rejected me were on average probably no different and just did not realize how fabulous I was (if only delusionally so :). I also realized how low the cost of rejection is. I had gotten rejected multiple times a day, every day for over three months and nothing happened. It just did not mean anything.

And so with this newfound knowledge and confidence, I embarked on wooing girls I actually was interested in (super smart, super passionate, super ambitious, super intellectually curious, and extremely adventurous with eclectic interests) and I am grateful to have had the pleasure of sharing the life of a few fantastic girls! What is interesting is that beyond dating, I started taking a liking to social situations. While I still loved being on my own a fair amount of time, I also started loving going to parties and being surrounded by people. On the Myers-Briggs, I went from INTJ to XSTJ ((ISTJ/ESTJ) to ENTJ.

As I am blessed with a high mean level of happiness, I am just as happy today as I was then, but I am much more comfortable with the better rounded person I am today. I am also happy to say I have no regrets. I might not be where I am today in life had it not been for the person I used to be.

Our personality, like many other things, can be altered through effort and dedication. Now you just need to decide who you want to become and work at it. The process might be daunting at the beginning but rapidly becomes fun. Good luck!