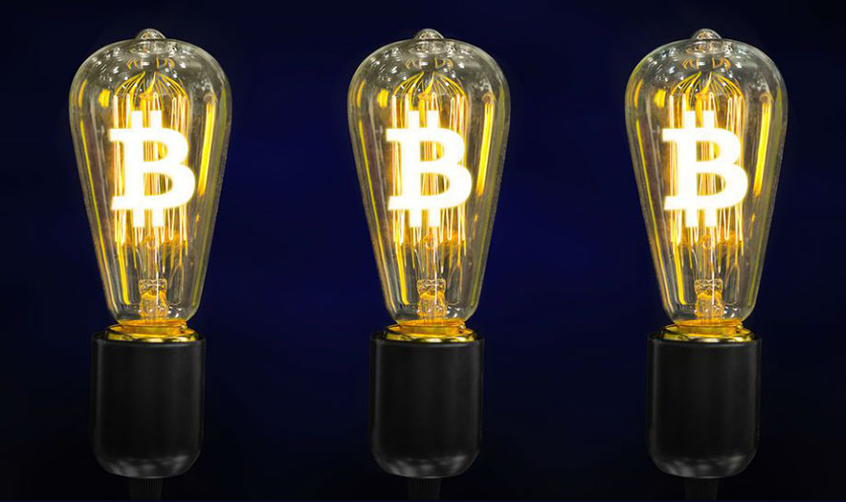 Some thoughts on Bitcoin energy consumption

The rising popularity1 and price in Bitcoin has been accompanied by widespread criticism of the amount of energy used by miners of the network. Often cited by critics is the fact that it takes the daily energy consumption equivalent of 7-9 households to secure one single transaction. The energy consumption is something that we should certainly be aware of; however, we should not evaluate this issue in isolation, but rather as part of a completely new paradigm. Bitcoin established the rules for decentralized-trustless networks. Its value might not seem completely apparent if you live in a country with freedom of speech2 and no capital controls. However, this is not the reality in which many people live. For instance, the Argentine government imposed artificial currency pegs between the Peso and any foreign currency between 2011 and 2015, while the country was going through double-digit annual inflation. In other words, if you had your savings in Pesos you’d see your purchasing power decrease at a meteoric rate. Many other countries such as Venezuela or Zimbabwe are going through much worse situations now3. Bitcoin offers an alternative store of value in these cases. Because of its decentralized-trustless architecture, no public or private entity can shut it down. So, people who have never met each other, and might live in opposite ends of the world, can interact without any third-party or counterparty risk. The mechanism that makes this possible is a highly redundant architecture -the same data is stored in many computers- and having certain players on the network -the miners- consume considerable amounts of energy.

Before moving on, for those who are not familiar with the underlying protocol of the Bitcoin network, it might be useful to give a very high-level overview of how this energy is being used. Transactions in Bitcoin are grouped into blocks such that there is a new block created (‘mined’), on average, every 10 minutes. In addition to these transactions, each block contains a ‘pointer’ to the previous block, and the solution to a computational problem4 . This sequence of blocks is basically the equivalent of the accounts database that would power a bank, with which the Bitcoin network can calculate what the respective balance for each individual/address is (a ledger). The ones who are creating these blocks are the famous miners. The process of creating a block consists of two primary steps: (1) verifying that the transactions that will go into this block are valid (i.e. no one is double-spending5 , and payers have enough BTCs for their respective payments), and (2) finding the solution to the aforementioned computational problem. The latter is what is called Proof of Work (PoW). This challenge basically consists of taking a set of transactions that have not been included in any of the previous blocks, as well as the ‘pointer’ to the previous block, and then finding a number that satisfies a certain property (the ‘problem’). Finding numbers that are valid solutions to this problem is very computationally expensive -in other words, it demands a lot of energy-. When a miner finds a solution, it publishes the block to the network, and then, after proving that one block is valid, all miners will start working on creating the next one. For publishing the new block, the miner is rewarded with newly minted bitcoins, as well as fees from all the transactions the miner included in the block the miner created6 . That’s basically it. This process is repeated over and over again, and the chain will continue growing with new blocks.

Remember that the process described in the paragraph above is run in a decentralized way such that every participant keeps a copy of the valid chain. This level of replication, though inefficient in many ways when compared to centralized approaches, is what makes the network robust to failures – either accidental, or from the result of an attack – from any individual node. On the other hand, you might wonder what’s stopping someone from publishing a completely new chain in which she basically owns a massive amount of coins. The way that consensus is achieved among all the participants to choose the valid chain is by selecting the one that has the largest amount of work spent on solving the respective computational puzzles. In this way, for an attack to be successful, the malicious player would need to be able to solve these puzzles at a faster rate than that of the combined group of well-intentioned miners, such that at some point the corrupt chain becomes longer than the valid one. By having legitimate players spend a relatively large amount of energy on solving these puzzles, it makes the cost of any potential successful attack very high. By now, it should be clear that the energy used to mine bitcoins is not really wasted. It’s actually what’s keeping the network secure, and what gives the coins any potential value. Had it been easier/cheaper to forge new coins, bitcoin would have never gained any traction, and hence would be worth nothing.

Why is energy consumption increasing?

We should focus on the incentives for the people who are consuming this energy to understand why they are willing to keep increasing such consumption. As mentioned above, miners receive a number of newly minted bitcoins as well as transactions fees for each new block they create, with the majority of the payout coming from the former. The rate at which these new coins are created, currently at 12.5 BTC per block, halves every certain number of blocks. Since the price of BTC is rising at a faster pace than the rate at which mining rewards are decaying, the dollar amount awarded for mining has increased. Given that this is not a single-player game -and it should never be-, and assuming no collusion, the optimal strategy for each mining pool is to keep adding more hardware while it remains profitable. At the same time, given that the number of transactions per block is limited by the block-size (1MB) and the difficulty of the puzzles is adjusted such that it takes approximately 10 minutes to create each new block –in other words, the more hashing power, the harder the puzzles-, the increase in hashing power is not followed by an increase in transaction throughput. Hence, this leads to an increase in cost per transaction.

If we also consider ASICs -the main hardware used for mining- developers, given that the main clients are in places where electricity is incredibly cheap, their main incentive is to increase the number of hashes7 calculated per second, and not necessarily the total amount of energy consumed per second used when working at maximum capacity. It’s important to notice though, that this might not be always the case. Electricity costs might rise in the future -as these countries start developing new industries and infrastructure-, and it will be in miners/ASICs main interest to optimize this.

The comparison with traditional networks and assets

The other common point of debate is mentioning that the Bitcoin network is much more wasteful than the banking or credit card system on a transaction basis. While this is true, Bitcoin was not primarily designed to have the most cost-efficient transactions. Its main purpose is to provide a digital asset that can be exchanged without the risk of seizure or control by any private or public actor. It’s hard to put a dollar or energy value to this, but based on many examples -of which I’ve only mentioned a few-, we can see that it’s tackling a real and serious problem.

A bank transfer might be cheap from an energy point of view, but when the government decides to freeze all bank accounts8 , I doubt that efficiency would be the main concern. If you are escaping from an oppressive regime9 , you’d be able to take part or all of your assets with you, without having the physical limitation or risk of being caught from carrying them with you. All it takes is remembering your key (I know it might take some time, but it’s physically possible!), or bringing a little piece of paper with it.

It’s hard to calculate the exact numbers for the banking system, or gold mining. Mining companies are very conservative about disclosing these values, but let’s look into some metrics to gain some perspective. There are different estimates out there, but some of the most extreme ones put the Bitcoin network consumption at slightly less than 35 TWh/year10 . On the other hand, the gold mining industry consumed 131.9 TWh/year11 . On top of this, gold has a tremendous negative impact on the environment beyond just energy consumption. It consumes massive amounts of water, and the purification of gold involves very risky procedures12.

It’s also worth highlighting that while the infrastructure for these traditional networks and assets has existed for several decades/centuries, when it comes to blockchain and cryptocurrencies, we only have a few years of experience. The Bitcoin whitepaper was published in 2008, and the network went live in 2009. As an example, we can consider the case of data-centers, infrastructure that is central to networks like Google, Facebook, or the banking system. Had they continued scaling without any improvements in efficiency since its origins, they would have probably taken over a considerable percentage of the total production of energy. However, this was not the case, and they have continuously become more effective13. Assuming there will be no change in the architecture of Bitcoin itself, or off-chain solutions would imply discarding most of the evidence out there.

The main purpose of this article is not to say we should be satisfied with the current state of the world -we shouldn’t – or that Bitcoin will necessarily be the main cryptocurrency. However, I think it’s important to address this criticism given that, in isolation, might end up doing more harm than good. It encourages the evaluation of this new paradigm through a lens constructed from existing solutions, rather than focusing on what this new approach is truly enabling.

It’s also important to keep the maturity of this technology in perspective. Imagine discarding the value of the Internet in its early days because a voice call over the landline phone network had better quality. Since then, we have seen the infrastructure improve -we no longer have 28kpbs connections-, as well as the software that runs on top. In the case of decentralized networks, a lot of progress has been made, but it’s still early days. Projects like the Lightning Network can potentially bring the transactions costs within the Bitcoin network down considerably by only settling final balances between parties on the main chain (this is already live in Litecoin). Other networks have also been working on ways to make the process more energy efficient. Ethereum has also moved further along with potential hybrid mechanisms using Proof of Stake14, and projects with new underlying mechanisms such as Proof of Space-Time15 are beginning to take shape. Maybe in the (near) future, once we have a working alternative that enables what Bitcoin does today but more energy efficiently, we can affirm that the latter is being wasteful. Until then, we don’t really have a relevant baseline to compare it with.