I flew back from Europe 10 days ago. My flight from Berlin to Zurich had been delayed a few hours as the volcanic ash had forced a shutdown of German air space. The next day I flew from Zurich to New York. I was minding my own business watching Shutter Island (which I very much enjoyed btw) when all of a sudden I noticed that almost all the other passengers were standing on the left side of the plane watching out the window.

I asked what was going on, hoping they were not staring at an engine on fire, and they excitedly reported we could see the Eyjafjallajökull volcano from the window! I checked the on screen map which said we were flying right over the middle of Iceland and went to look out the window. Low and behold the volcano was right there in all its glory! 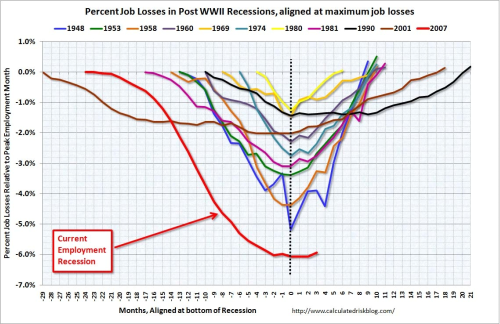 I wanted to share with you something that has been on my mind lately as I have been suffering from a severe case of cognitive dissonance.

I am the most optimistic person I know. I suppose it comes with the territory if you are an entrepreneur. If the 5 year survival rate of startups is below 5%, you have to delusionally believe the odds do not apply to you. My optimism is actually more fundamental than that – despite the fact that individuals are mostly petty, small minded, selfish, self centered and egotistical, humanity has accomplished amazing things – we’ve created artistic masterpieces, eradicated horrible diseases, put people on the moon and invented awesome devices like iPhones. The life that most of us live today would put the lives of kings of yesteryear to shame! Better yet, this progress shows no sign of abating and I look forward to experiencing all the wonderful and amazing things that Ray Kurzweil and Aubrey de Grey predict the future has in store for us. In other words, I am fundamentally optimistic about the long term future of humanity. The problem is that the economist in me is profoundly pessimistic about our short and medium term economic outlook. During the past 2000 years every financial crisis has been followed by a fiscal crisis. During the last few years people have talked about how we have been deleveraging. The problem is that it’s not true. Companies and individuals have deleveraged but as a country, we have not deleveraged. We moved leverage from the individual and corporate balance sheets to the government balance sheet and if anything we’ve become more levered as the government has borrowed at unprecedented rates. Moreover, the imbalances that got us into the crisis are far from being resolved.

The federal government deficit is clearly not sustainable. When faced with such dire fiscal position there are three potential solutions. We can grow ourselves out of it as happened after World War II which allowed us to repay our war debts. We can attempt to inflate our debt away. Or, more likely given the current deflationary pressures the economy is facing, we can make the painful economic realignments during a deflationary period. Note that by deflationary period, I don’t mean that we will actually experience deflation, just that our growth will be below potential. To give you a sense of what the economy is up against: the job losses have been far more severe than during any recession since World War II hampering consumer demand. There is $1 trillion in commercial real estate debt that is underwater and needs to be rolled over in the next few years. A quarter of households have negative equity in their houses. Credit creation is still broken. People are showing bailout fatigue. The politics seem massively deflationary. In Europe, Ireland, Latvia, Greece, Portugal and Spain are undergoing austerity measures with increased taxes and decreased spending in the middle of a downturn. The same is happening in the US at the state and city level where states like California are basically bankrupt. China is now doing its best to burst some of the bubbles that are forming there potentially taking away the world’s last growth engine. Any of those alone could mean a few years of subpar growth, but together they seem to suggest that the most likely outcome is a Japan like scenario of 5 to 10 years of subpar growth with a real risk of a second downturn. That’s excluding other exogenous risks like an oil crisis potentially caused by Israel bombing Iran, Iran invading Bahrain as it faces becoming an oil importing nation or a global sovereign debt crisis which could push long bond yields way up even on US, Japanese and/or UK debt. To end on a positive note, if we have one shot of growing ourselves out of this, it will be because of the energy, passion and ingenuity of people like you! So, as Ted Turner’s advisor said: “all seems lost, but you never know!”