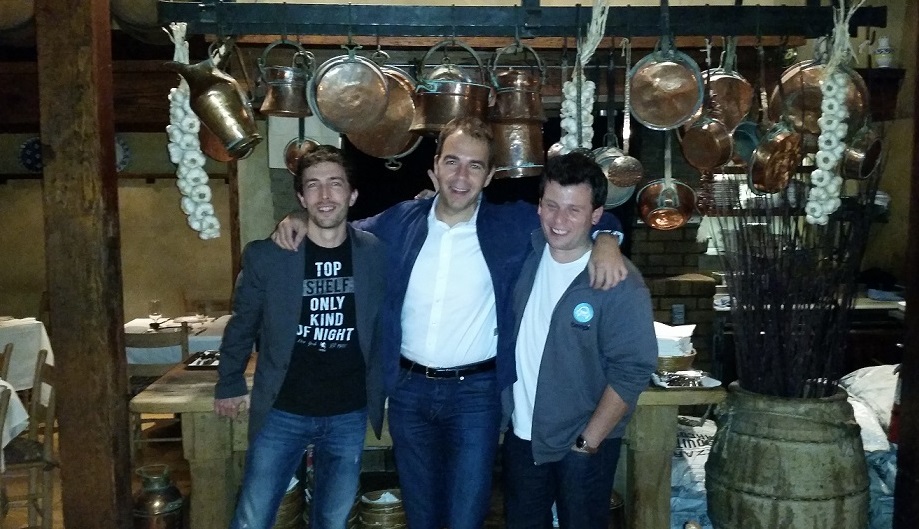 The used car industry is massive. There are 40 million used cars sold per year in the US representing $320 billion in value and $70 billion in industry revenues. The average household buys a $8,000 used car every 3 years. This is the second largest household expenditure after housing.

Given how massive the industry is, it’s shocking how awful the used car buying and selling process is. To sell a car online, owners have to endure the pain of taking pictures, describing their car and posting them on Craigslist, eBay Motors or Auto Trader. They have to receive people at their home with all the security risks this entails, especially for women. After showing the the car to buyers, sellers have to organize getting paid and deal with the paperwork to transfer possession. This is a huge pain especially if there is a lien on the car. Alternatively if they deal with dealers, sellers get 10 to 20% less than the KBB trade-in price (which is already very low) and have to spend hours in the process. Dealers rarely give offers on the phone forcing them to visit 3 or 4 dealers to get a reasonable price. Let’s be honest, no one ever said they looked forward to spending 5 hours with a car salesman!

For buyers it’s even worse. There is no real way to buy a car online. After doing an average of 9 hours of research, buyers have to reach out to sellers to organize a test drive. This entails further safety concerns, especially if the payment is in cash. Buyers also have to deal with registration and financing. If they are buying offline, they spend an average of another 9 hours at the dealer. They  go through a lengthy negotiation process. If they good negotiators they end up paying the KBB retail price, which on average is 54% more than what the dealer bought the car for. Worse buying a used car is fraught with risk given that sellers have more information about the car than buyers, and it’s very possible that the car is a lemon. Most states don’t have cool off periods and used cars are not returnable once purchased.

As I mentioned in my article The Evolution of Marketplaces, a new generation of marketplaces is emerging that focuses on providing delightful consumer experiences in categories that were essentially broken. This is best exemplified by Uber’s massive improvement of the taxi experience. For the past 18 months, I have been spending all of my time building or investing in such marketplaces. As luck would have it, Ale Resnik, a successful Latin American entrepreneur who was helping me manage my angel investments during his second year of business school at MIT Sloan, bought a lemon.

He did tons of research online, went to a dealer and bought a $14,000 Jeep Liberty. Three days later his wife called him from the I-94 while he was working with me in NY: smoke was pouring from under the hood. He took it back to the dealer who made a few fixes, only to experience the same problem two more times. The dealer eventually washed his hands of all responsibility. Ale hired a lemon law lawyer, sued the dealer through the attorney general of Massachussets. It took him three months and a lot of time, but he eventually won, but it was arduous and expensive. There had to be a better way. Beepi was born! We partnered with Owen Savir, an Israeli entrepreneur who was finishing his second year at GSB and set out to reinvent the used car buying and selling experience by addressing everything that is wrong with the experience. We wanted sellers to be able to sell cars in 3 clicks from the comfort of their home. On Beepi, all a seller needs to do is select the make, model, year and mileage of the car. We then offer a price that is always above the KBB trade-in price and we offer to beat any dealer offer by at least $1,000. If the seller accepts our offer, we send an inspector to their home or office.

Our inspector does a 195 point inspection. Should the car pass the inspection process, the inspector then does all the work necessary to place the car on sale: takes the pictures, writes the description, check the options, etc. Beepi then guarantees to sell it within 30 days or buys it at the price we quoted on the site. We also deal with terminating the lien or financing if need be.

For buyers Beepi organizes registration, financing, extended service and parts warranties and soon insurance. The price is always better than the dealer price. We deliver the car to the buyer’s home or office washed and ready to use. To address the lemon’s dilemma we offer a 10 day money back guarantee and a 3 month, 3,000 mile warranty for free included in the price.

We are only live in the Bay Area right now but buyers and sellers are loving the service and we are already on a $5 million in sales run rate 2 months after launch!

We look forward to expanding to the rest of the US and the world in the coming months and years!

I had the pleasure of being interviewed by Emprendedor Universal … in Spanish! They asked me to relate my entrepreneurial journey, focusing on the challenges I faced along the way. I also shared what I have been up to since leaving OLX along with advice for budding entrepreneurs.

If you want to hear me embarrassing myself in Spanish, you can listen to the interview at: http://emprendedoruniversal.com/fabricegrinda/