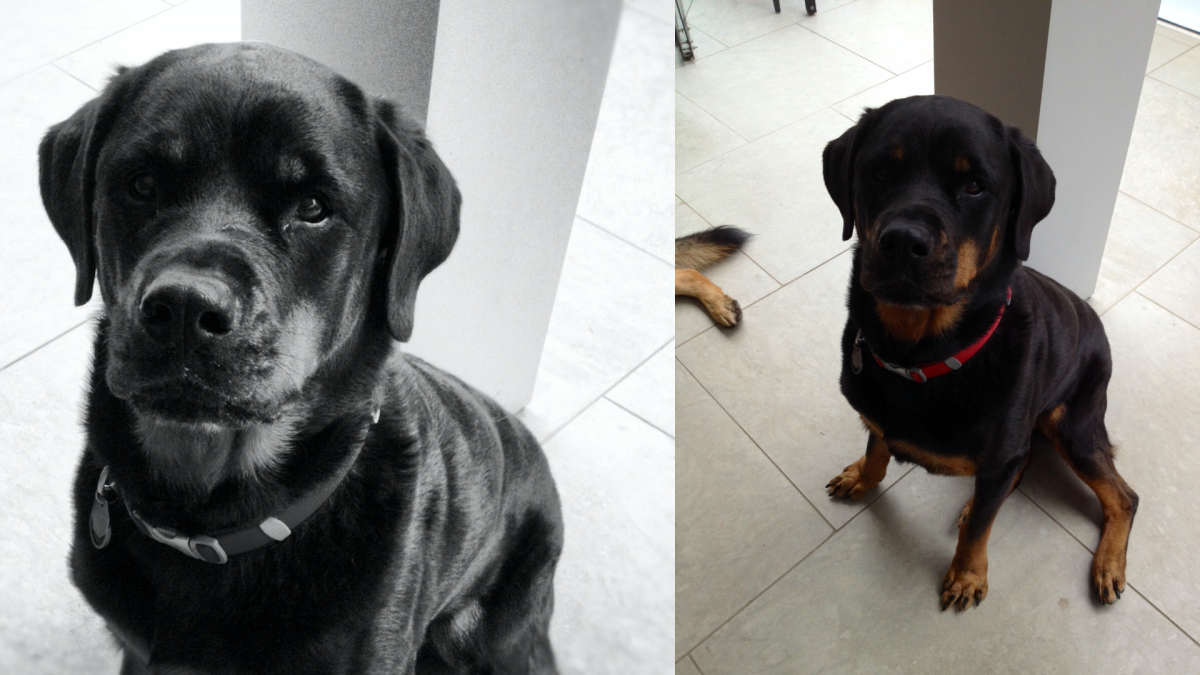 My love for dogs is well documented (Farewell Harvard!), but I must admit that no dog meant more to me than Bagheera. In a way, it is odd that it would be the case. She was really my 2005 girlfriend’s dog.

I grew up with Ucla, an extraordinary yellow Labrador, and pined for a similar lab ever since. I knew it would be unfair to the dog to get him while living in a tiny apartment in NY while completely overworked from McKinsey or whatever startup I was running. I bided my time. Finally, post selling Zingy, I could afford to have a country house with a big garden and could indulge my childhood dream.

I wanted a yellow lab and my girlfriend wanted a female Rottweiler that had to be called Bagheera. We wisely compromised and got both. She looked for breeders, read books on how to select amongst all the puppies, while I was tasked with rolling around the mud and playing with them.

Bagheera was born March 4, 2005, two days after Harvard, my yellow lab, and joined our family 6 weeks after that, 1 week after Harvard’s arrival. While I immediately loved her wrinkly face and huge paws, it was not immediately clear at that time how exceptional she was. If anything, in the early days it felt like Harvard was the quicker learner. Only later did I realize that he was an insatiable glutton who would do anything for food. He only learned to reap savory rewards. His learning came to an abrupt halt when he realized it was way easier for him to use his guile, charm, good looks to steal much larger quantities of food than the paltry rewards I offered for learning new tricks. What most people noticed when they first met her was her poise and grace. She was always calm and deliberate and affected a regal air of detachment. She knew her strength and modulated it to play with kids and babies. She never growled and always looked thoughtful. For all who met her, she singlehandedly rehabilitated the entire Rottweiler breed in one fell swoop. Rottweilers have a reputation as aggressive, dangerous dogs, but her calmness quickly won people over. Her poise and intelligence meant that I ended up spending much more time with her than Harvard. In Sands Point, I taught her to go biking with me. With or without a leash, she would always run to the right of my bike, safe from traffic, always matching my speed, not distracted by other dogs or squirrels. It’s a feat I never managed with Harvard who would jump on me or start chasing after anything and everything, nearly killing us multiple times in the process. Likewise, in Cabarete, I rapidly had to stop bringing Harvard to Kite Club as I would invariably have to buy the meals of countless people he had stolen from. By contrast Bagheera would roam around, play with the kids and wait patiently for me on the beach. While I kited, she would always watch out for me, always excited for my return. She slept next to me in bed every night, offering warmth, companionship and love. Harvard would get up at 6 am every day and immediately leave to continue his interminable quest for food, or worse would wake me up to ask for his breakfast. By contrast, Bagheera, while mostly waking up at the same time, would wait patiently in bed watching over me while I slept. When I woke up, she would shower me with kisses and would only leave the bed when I did. Her grace and agility were also extraordinary. She was aptly named given her feline-like abilities. The first time I noticed it was when she was 6 months old. Like a cat (or black panther), she jumped over the backrest of the couch to get on it, rather than to walk around the couch and merely step on it. It became even more apparent while we played “frisbee monkey in the middle”. It was our favorite game. We would play it for hours every day. Harvard and Bagheera would be the monkeys while we would throw the frisbee between friends. When we missed, a race would occur to get the frisbee, which invariably Bagheera would win. A mix of tug of war and wrestling would ensue to get it back from her before we would start all over again. Pretty quickly, Bagheera realized she could use her agility to grab the frisbee from our hands as we were receiving or throwing it. It was extraordinary to realize she could jump above my head (and I am 6’3”!) and land gracefully every time. We even developed a game where she would run, jump and I would catch her mid-air. She would also try to goad Harvard, who was much lazier and ran in his distinct bumbling way rather than with Bagheera’s elegant grace, into chasing after and playing with her.

While she appeared detached and regal to most, she had one true north: her unconditional love for me. When we were at the same place we were inseparable. Whether I played, worked, or slept, she was always with me watching over me and loving me. If I was sick, she would lie next to me to comfort me. She would sense if I was working too hard and nudge me to go running or play frisbee with her. She was always there for me and It did not take long for this unconditional love to be completely mutual. I could not imagine life without her and her kisses by my side. We developed a ritual by which she would shower me in kisses every morning when I woke up, several times during the day, especially if we had been separated, and every night before going to bed.

Sadly, time catches up with all of us. When I first arrived in Cabarete in 2013 she was 8 years old. While she retained her puppy like look and wrinkly nose, she started to slow down. At first, she ran on the beach with Otilia every day all the way from Embocca to La Boca and back. Within 6 months, she only ran half way there and would walk back. Within 9 months, she would walk for a while before heading back and within a year she stopped going at all, spending more time looking longingly in the distance than running on the beach. While she still loved playing frisbee and playing tug of war, she wisely nstopped jumping as her hind legs started bothering her a little. I replaced the steep staircase at Embocca to make it easier for her to get to my bedroom. At 11 she lost the ability to jump into the trunk of the SUV when I went to kite or play tennis, I started carrying her into the trunk. Like most of us, she seemed to relax a little and take herself less seriously as she grew older comfortable in the ridicule of every day. Through it all her love never wavered and she was always the ever-loving companion. In her last years, I am also glad she got to receive and give love to Milo, her loving caretaker in Cabarete. Ultimately, she left us on August 4, 2017, a day after my birthday at the tender age of twelve and half. I know she had an extraordinarily blessed life, but she leaves a gaping hole in my heart and it truly missed. I truly feel like I lost the love of my life and my child at the same time.

Farewell Bagheera. Thanks for twelve and a half years of unconditional love and bliss. You will never be forgotten. 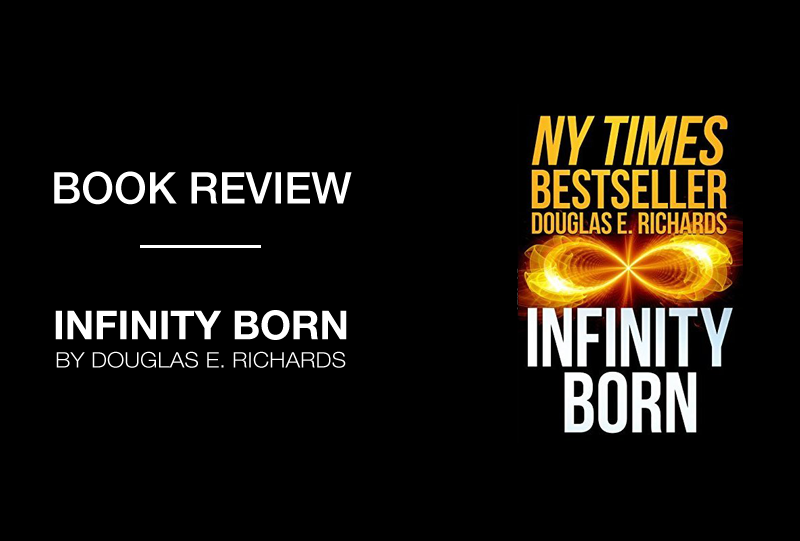 I am partial to science fiction books set in the near future where the technological improvements are in a way understandable and expected in light of where we stand today. For anyone who has been following the recent spat between Elon Musk and Mark Zuckerberg about the perils of AI, Douglas Richard’s Infinity Born is extraordinarily timely. It focuses on the quest for ASI (artificial super intelligence) in a fun thriller that covers a lot of the technologies I have been reading and thinking about: mind uploading and emulation, bioprinting, nanites in the brain, asteroid mining, kinetic bombardment, EmDrive technology and much more.

The author successfully takes these technologies to their logical extreme and makes the implausible sound mundane and even inevitable. The book is fast paced and fun and I thoroughly enjoyed it though I would not quite put it on par with the very best thrillers. Despite all its brilliance in presenting the impact of all these technologies, I found the book somewhat predictable. That said, it’s a fun summer read, that is also cerebral and timely. Well worth the read!