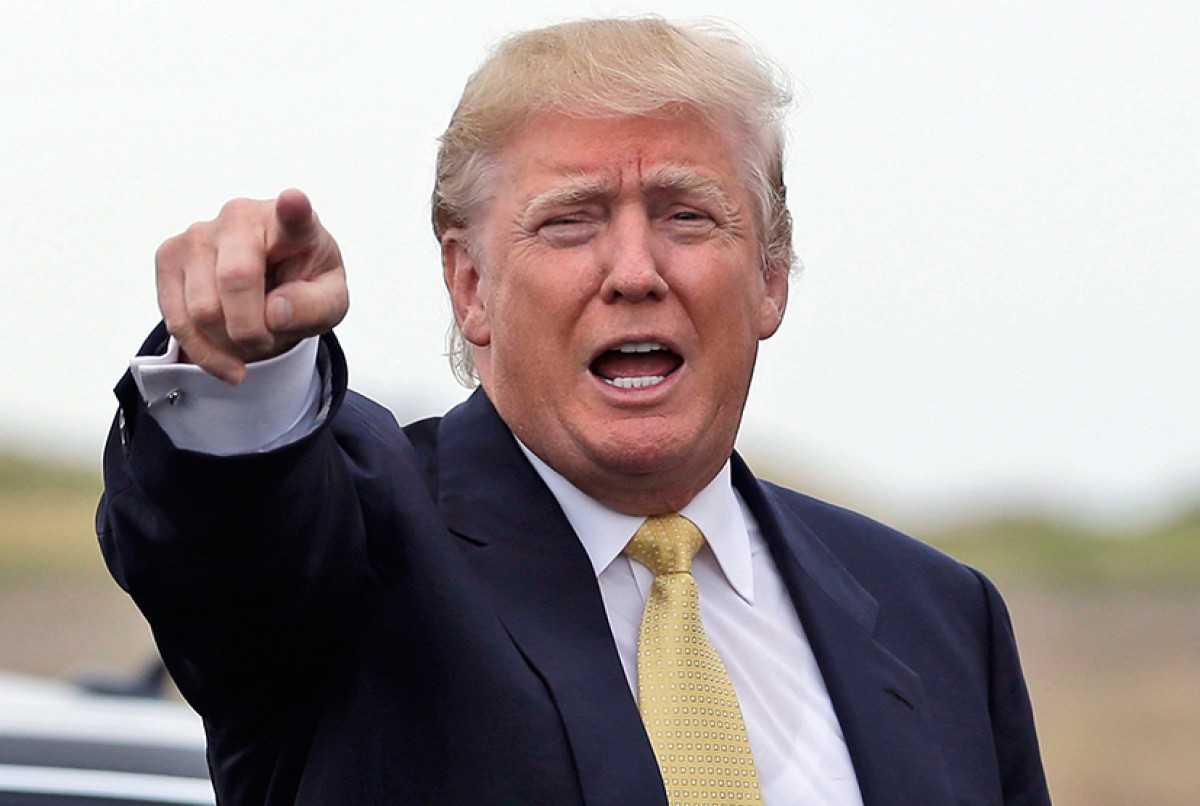 by Fabrice Grinda and Mike Lloyd

Many people have been amazed at the support that Donald Trump has been able to amass since he threw his red “Make America Great Again” hat into the ring to be the next President of the United States of America. It’s been both an entertaining and cringe-worthy spectacle. As distasteful as we may find Donald Trump to be, as entrepreneurs and students of entrepreneurship, it’s insightful to think of the parallels between the ascent of The Donald and that of startups trying to disrupt entrenched incumbents.

If you think of The Donald as a tech startup and the GOP Establishment as an incumbent business, the parallels between the tech disruption and political disruption are striking. The Donald ruthlessly seeks to delight his target market. The best startups know their ideal customer and tirelessly build the product or service they desire. If the startup does a good job, they get their happy and loyal customers to join the movement and share their experience with others.

The Donald has a lower voter acquisition cost than other candidates. He’s been able to develop such an effective distribution/marketing strategy and message that he simply doesn’t need to spend as much as others. He was able to find the channel and message that worked. It’s often not about being perfect but good enough. By comparison, Jeb Bush’s spending was completely ineffective, spending more than $5,000 per vote versus Trump’s $300 per vote .

The GOP Establishment, like most incumbents, dismissed The Donald early on and now they don’t know what to do. Just like Blockbuster dismissed Netflix and Borders dismissed Amazon. If one of the two most powerful political parties in the United States can get disrupted, then any business can. Innovate or die.

The incumbents, like most when they see the writing on the wall, have begun to scramble. General Motors and Ford are doing it now for self-driving cars with many acquisitions. GOP Establishment speeches from Paul Ryan and Mitt Romney criticizing The Donald are about as ineffective as the NYC taxi commissioner encouraging people to use Yellow Cabs instead of Uber.

PR can be very powerful channel for startups that use it well and often “any press is good press.” The more press coverage The Donald gets, the more votes he gets. Often, small, unknown startups have an interesting message but lack distribution. The media took The Donald’s “interesting” message and broadcasted to every person in the United States. For better or worse, his message resonated with many people. Similarly, Uber probably acquires many new users every time the press covers how they ignore regulations, use surge-pricing during national disasters or when taxis go on strike to protest their presence.

It’s not surprising that outsiders to the system are more innovative in their customer acquisition strategy and messaging as they have nothing to gain from the status quo. Incumbents by comparison want to preserve the status quo. That’s why jihadists are the startup disrupting the nation state effectively using social media and asymmetric warfare. They know they can’t win a conventional war.

All these factors make insurgent startups hard to fight – be they populist politicians or jihadists. That’s not to say they are not vulnerable. The incumbents can learn from their mistakes, especially when their very survival is on the line. The GOP may very well end up questioning the partisan policies it espoused that in a way led to the inevitable rise of a populist such as The Donald. This could lead to a re-balancing of American politics.

More likely, The Donald’s message will fizzle out on its own. After all, most startups fail. It remains to be seen whether The Donald can take his value proposition that has resonated with his subset of the GOP and convince a majority of the population that they too should take a chance on something new.