I like a good conspiracy theory as much as the next guy and some of the Hitler Angelgate parodies are really funny, but the alleged attempted collusion is a nonissue if only because even if the super angels tried to collude they would be bound to fail.

One of the main allegations is that the colluders would agree to keep valuations low on deals they want to invest in in order to maximize returns. Collusion can work in a number of circumstances. The biggest incentive to collude is in oligopolistic markets with high barriers to entry where few players control the market. They can collude to restrict supply to keep prices high and earn outsized returns. The reality is that even in oligopolistic and even duopolistic markets collusion rarely works because there is always an incentive to cheat. By increasing supply a little bit and selling more, the cheater earns more money. All parties involved have an incentive to do that until the excess return is competed away. In most markets it takes as little as two players to keep the market competitive as we can witness in the fight between Boeing and Airbus.

For collusion to work, they need to prevent cheaters. This typically happens in one of two ways:

Oligopolies typically form in businesses with large barriers to entry and increasing returns to scale making it hard for new entrants to come in or in markets where the supply is restricted be it by luck (there just happens to be lots of oil in Saudi Arabia) or laws (it’s illegal to sell drugs).

Let’s see if any of this applies to the angel investing business. When seeking angel investments entrepreneurs are after a number of things, but mostly money, thoughtful advice and introduction to partners. None of these have the characteristics of oligopolistic markets. Anyone with money can become an angel. In fact if you look at the assets under management of the super angels at that lunch, they probably represent less than 10% of the assets under management of all angels (and probably much less than that). Imagine some entrepreneur went to some of them with a fantastic idea. They could not collude to keep the valuation low: they themselves have incentives to offer more to get more of the deal until the market price is reached. What could they do to enforce the collusion? Do you think Jeff Clavier will run around breaking other super angels’ legs if they offer “too much” for the company?

Moreover, money is the ultimate commodity, even if the super angels somehow agreed not to compete against each other, there are tons of other people with money who would! Other angels would offer more to get in the deal and the potential for outsized returns would attract others with money: early stage VC funds, etc. There is no monopoly on money, intelligence and relationships!

That’s not to say that some angels (and VCs) are not going to get higher returns than others. Private equity is one of the few asset classes where past returns are correlated with future returns because their past success means they are better known and have easier time raising money for their funds and ultimately get better deal flow. As an entrepreneur I often take the VC I like to work best with even if it’s not the best valuation (as I did with OLX), but there is a limit to that price insensitivity and it’s my decision, not the VC’s decision!

Moreover, there are plenty of good reasons for large angels to meet and cooperate on deals. Given that no one has the ultimate deal flow sharing deals is a good way of diversifying each other’s portfolio. Moreover, the more angels you have in the deal the more smart people you have around the table to help with the due diligence before the deal closes, and the more smart people you have to think through strategic issues and make introductions to potential partners and VCs once the deal is done.

All that to say that Angelgate is completely overblown and a nonissue!

Disclaimer: I am both an entrepreneur and an angel investor with over 30 angel investments. I was not at the lunch in question and have no information on what went on at the lunch even though I know most of the alleged participants.

It’s not really a double blind controlled study and many of the benefits might come from just resting in a quiet room for an hour, but the positive evidence for light “Swedish” type massages is intriguing.

I had written about how America’s success might be because America’s entrepreneurs are hypomanics (Hypomanics to the rescue 🙂).

The New York Times just wrote a great article on hypomanic entrepreneurs and the difference between “the loonies from the slightly manic”. Their description of Seth Priebatsch completely reminds me of me when I created Aucland when I was 23:

“Elevated” hardly describes this guy. To keep the pace of his thoughts and conversation at manageable levels, he runs on a track every morning until he literally collapses. He can work 96 hours in a row. He plans to live in his office, crashing in a sleeping bag. He describes anything that distracts him and his future colleagues, even for minutes, as “evil.”

I worked an insane amount of hours at the time, took no vacations, had no friends and was soul and body dedicated to the cause. I had so many ideas and so much energy, it was unbelievable. With hindsight, I made tons of mistakes and definitely reached the point of negative marginal returns on hours worked, but the experience was amazing and the article rekindled fond memories. 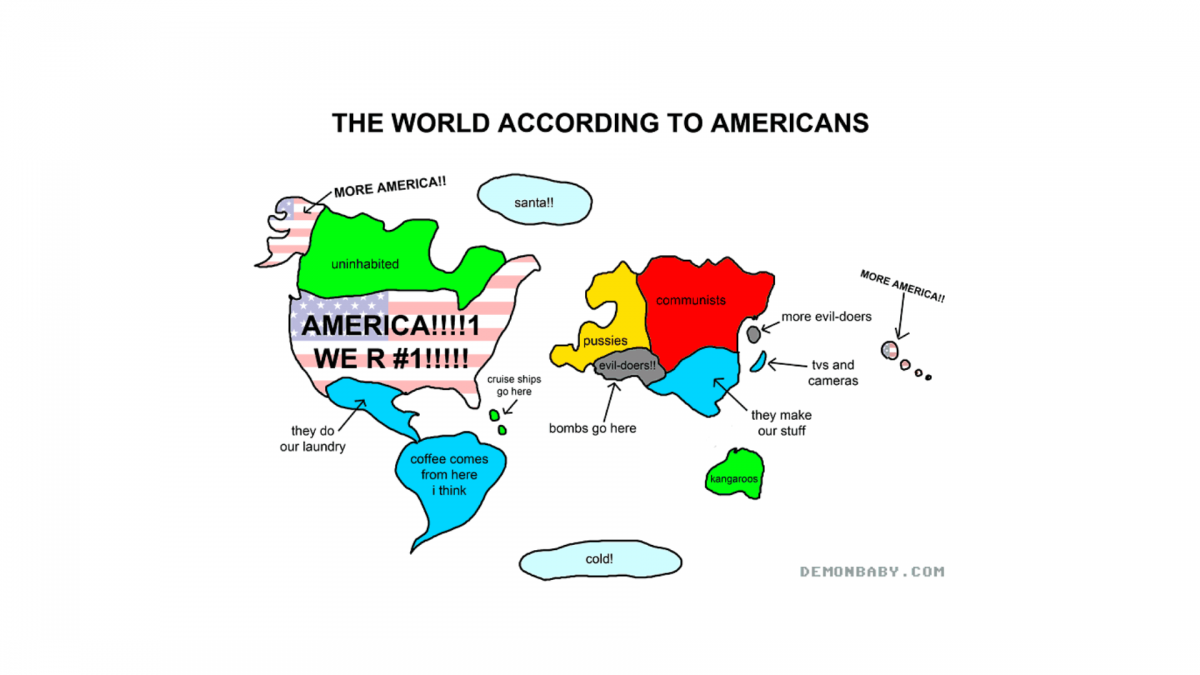 Old and cliché but fun 🙂 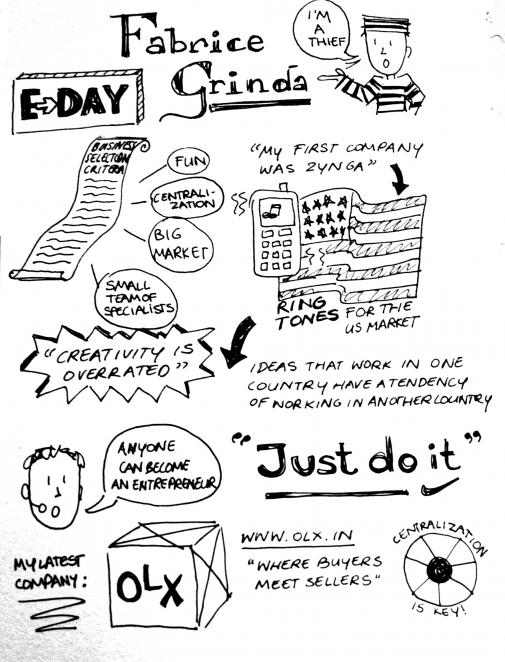 I was just a keynote speaker at Emerce eDay in Rotterdam. I shared some of the lessons I learned over the years as an entrepreneur, I explained why I love OLX so much and gave pointers on running a global company. I will post a video of the keynote as soon as they give me the link.

Right after the keynote, I was interviewed by Ronnie Overgoor. I wanted to share the interview with you as I felt it was fun and I had great chemistry with Ronnie despite not having slept in two days because of the traveling and jetlag.

Marjolijn, one of the attendees, also drew this fun sketch of the keynote speech.