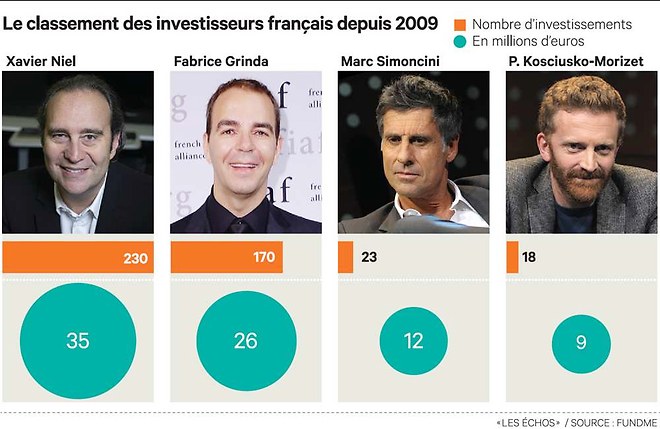 It’s funny. I never set out to be an angel investor. If you are a visible entrepreneur, you get approached by other entrepreneurs in need of advice and capital. I loved helping out and kind of fell into it. I never set a number of startups I wanted to invest in or an amount of capital I wanted to deploy. I just met many amazing people building fascinating companies. I had to participate. We are in an unprecedented moment in history where almost all industries are being reinventing by tech startups. It’s awesome to be in the middle of it.

A traditional financial adviser would die of a heart attack looking at my capital allocation. Pretty much everything I have is invested in startups. They would probably tell me I should join gamblers anonymous. As soon as I have a dollar I invest it in startups. I already re-invested everything I made in Brightroll. That said, I am more comfortable investing in things I love and feel I understand. Besides it’s a lot more fun! I wanted to share a fun interview I gave to JobSpotting. They kindly allowed me to reproduce it on my blog. You can find the original at: http://journal.jobspotting.com/en/fabrice-grinda-i-failed-my-way-to-success/

Fabrice Grinda likes building things. He also happens to be very, very good at it. Since starting his first company at age 23, Grinda has become one of the world’s most successful Internet entrepreneurs and investors.

Originally from France, Grinda has built his career in the USA, having moved there at age 17 to attend university, founding his first startup just 6 years later. Now, with over $300m in exits and 150 investments under his belt, startups globally vie for his attention, but Fabrice will only entertain a potential investment if they tick each of his
9 business selection criteria
.

Talking to Fabrice, you get the sense that he doesn’t do anything by halves, whether it’s answering emails, or embarking on a project to reconnect with his friends. He very kindly took some time out of his schedule to answer some of my questions about success, failure and what startups need to do to catch his eye. So here’s Fabrice Grinda on…

… Why Risk is Over-Estimated

“Failure is a lot less risky than people suspect. The reality is my first startup failed, the second one was in the process of failing and you know… what’s the worst that can happen? I know I’m a valuable individual who many companies would be delighted to have me [working] with them, so I didn’t see there was risk.

So where other people saw risk, I saw opportunity because the worst that could happen was that I’d land on my feet […] I never saw what I was doing as risky and I was willing to go and take more risk than most people think is reasonable.

At the same time, I don’t mind rejection. If you’re going to succeed as an entrepreneur you need to deal with both failure and rejection on a permanent basis […] but I realised at the end of the day that I only needed one yes. So I already had the no, I just needed to convert it into a yes.”

So it goes with the job and you get good at it as part of the process. And in my case I think I was kind of like that originally, I just didn’t know it. I was like an extrovert hidden in the body of a shy introvert. My fundamental personality was extroverted, I just wasn’t aware of it.”

… Failing Your Way to Success

“As an entrepreneur you keep trying things, and I try everything. I try business ideas, on our website we test everything, iterate, iterate, iterate. Is the button white or orange or green or yellow? Does it say ‘sell’, or ‘sell now’, or ‘on sale’ or ‘for sale’? You test, you test, you test and most of the ideas you try fail and so I would argue I failed my way to success. It’s the sum total of all these little tests and if you do enough little 1% improvements, the sum total of them leads to disruptive product change.

I think it’s a very deliberate approach. Tonnes of hard work and intelligence, grit, tenacity, passion and good fortune. I mean I was also lucky multiple times. In all of these, the most important I would say is grit tenacity, passion, willingness to go the extra mile, willingness to never back down … the hard work probably trumps everything else.”

… Productivity and Being Present

“Whatever I’m doing, I’m doing just that task at that one moment, whether it’s emails – which I batch process – or calls etc … in a way they all work together because the ideas are related.

My key productivity tip is have all notifications off so […] you should not be distracted – focus on the present and batch process everything and decrease transaction costs.”

… How Entrepreneurship Has Changed

… Some Predictions for the Future

“I see that all of the major segments of the economy are going to be revolutionised be they in education with things like the MOOCs like Coursera and, Codecademy… and also gamified learning on iPad, and iPhones that in general are playing a big role.

We’re going to have a revolution in medicine, especially on the diagnostics side […] all the diagnostics will happen for free or at a marginal cost of 0, so you’ll have like a 5 or 10 minute HIV test for free and basic diagnostics and it’s going to be especially powerful in emerging markets where the number of doctors is very small.

And manufacturing, you’re going to see a revolution in 3D printing where we’re seeing more and more bespoke additions to product runs and also the output from 3D printers will become more and more integrated in traditional manufacturing processes. And I think also you’ll start seeing 3D printers being used in medicine.

I think robotics is going to be more and more revolutionised. Not just with things like the Roomba but more effective robots, so robots will move out of the factory and into the home. I’m extremely optimistic.”

… His Number One Tip for Aspiring Entrepreneurs

“Learn computer science. It’s extraordinarily helpful. I like recommending learning economics as well so they think in terms of business, they have rational frameworks for looking at the world, but yeah, computer science is an amazing way to get into, even if you want to be CEO, having a tech background is helpful.”