If you live in a city like New York with everyone is seemingly richer than you, you imagine that there must be millions of millionaires in New York alone. However, many high income individuals seemingly spend to impress and don’t accumulate much wealth. It’s those who lead ordinary lives, work hard and save who end up being millionaires.

I am happy to report that the most common way to get rich is to start a business and 47% of the world’s wealthy people are entrepreneurs.

I will let you know what I think of them!

I was in the market for a good thriller or detective story when I came across a glowing review of The Sherlockian in Entertainment Weekly. The concept of a dual track detective story one taking place in Arthur Conan Doyle’s time and one in the present appealed to me and the book did not disappoint.

The book covers a modern day fictional search for Arthur Conan Doyle’s lost diary which may explain why he chose to resurrect Sherlock Holmes from the dead after a multi-year hiatus. In parallel, the book imagines Conan Doyle’s life during the time period covered by the lost diary.

The book won’t enter the pantheon of all-time great detective books, but I loved its cameos and clever twists. In other words, The Sherlockian is a good historical suspense novel worthy of your time!

The Merchant of Venice is actually one of the few Shakespeare plays I had not read or seen and I was looking forward to seeing it. The play is very different from the Shakespeare plays I have seen which are either comedies with dramatic elements where everyone ends up getting married at the end, or tragedies with comic elements where everyone dies at the end.

The Merchant of Venice sits somewhere in between given its more ambiguous ending. Portia does forgive Bassanio and everyone makes amends in the end, but I was left feeling there was trouble brewing in the relationships. While the play appears anti-Semitic at first, it really depicts all characters as flawed except for Portia and Nerissa. The Merchant of Venice is probably Shakespeare’s most feminist play. While at first Portia seems bound by the wishes of her deceased father, she rapidly shows her wherewithal, independence and judgment. She is also just and righteous where none of the men have an acceptable perspective. Given all this, I wonder how the play would have been received in Shakespeare’s time.

The acting was superb. The elocution of all the actors was perfect with the minor exception of Lily Rabe, who played Portia, who did not speak loud enough towards the end of the play. Al Pacino played the part of Shylock to perfection, which is no mean feat given that every time I see him I think: “booyah!” 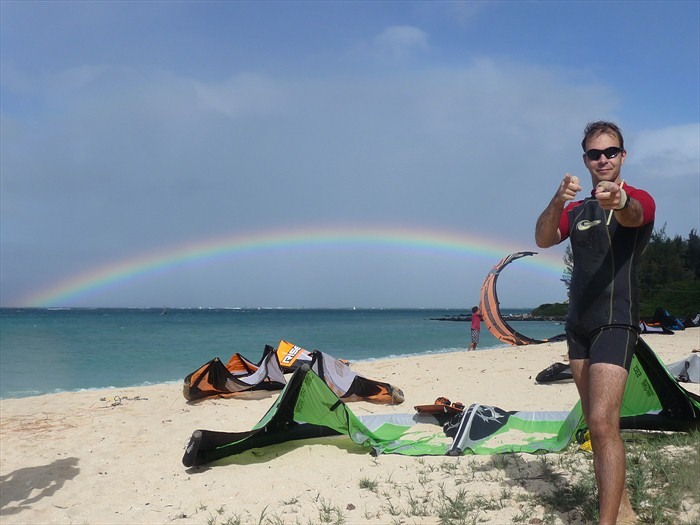 While the last few years were the logical continuation of the years that came before, 2010 marked a series of profound changes in almost every aspect of my life.

I was essentially kicked out of both my apartment in New York and my house in Long Island and moved to a house in Bedford and hotels in New York.

OLX continued to grow slowly but surely, passing the 140 million unique monthly visitor mark, but experienced significant change as Naspers bought a controlling stake in the company through a combination of primary and secondary investment in my largest deal ever (around $200 million). That said, other than OLX being much better capitalized not much has changed and I expect to remain Co-CEO for the foreseeable future.

I was given the chance to give a keynote at Emerce eDay where I spoke about entrepreneurship, OLX and the travails of running a global company.

My New Year’s resolution of traveling less came to naught as I continued to travel far and wide for OLX. Unfortunately, I spent almost 9 months on the road. Uncle Sam need not worry as I chose to remain a US tax resident – US capital gains taxes remained reasonable and I am grateful for the many opportunities I have been given in the US. I intend to be on the road less than 6 months in 2011.

On the personal side, a combination of artificial cartilage injections and intense rehab got my left knee into shape, but I managed to injure my right knee my first time out on the tennis court. I still can’t play tennis, heli-ski or do much extreme travel, though I continued to improve at kite boarding where the wind carries most of my weight. I hope to finally rid myself of knee injuries in 2011!

2010 is the year I discovered Hawaii. I went to Hawaii for the first time for MaiTai in May and absolutely loved the kiting there. I went back in August for a week of camping and hiking in Kalalau followed by a few days of kiting in Maui and went back again to Maui for Christmas and New Year.

I became an ever more active angel in 2010 making 22 investments (with 7 more to close in January 2011) and 4 follow on investments. I also sold 5 companies and have signed term sheets for two more. One other sale fell through after we (the sellers) had signed the stock purchase agreement! The buyer’s board changed its mind at the 25th hour… I will detail the changes in my angel investing strategy and performance to date in an upcoming blog post to be posted once one of the pending sales closes. I will detail the full portfolio including investments and exits then. I can already share that one of my companies, Allmydata, was essentially a total write-off, but I did very well on the other exits. Essentially to date I invested in 55 companies excluding the companies I ran – Aucland, Zingy and OLX. I had 12 exits and the proceeds from those 12 exits covered all 55 investments. In other words I still have 43 investments (again excluding my large remaining share in OLX) where all the proceeds, if any, will be pure profit.

My predictions for 2010 were by and large correct:

Fortunately, the more pessimistic scenarios I outlined (but only assigned a 33% probability of happening) did not come to bear and OECD countries did not experience a double dip.

The world economy is still awash with imbalances. There is a looming sovereign debt crisis in the West. The US has intractable partisan politics. Household balance sheets are far from being repaired. Boomers are starting to retire threatening to bankrupt pension systems. There is seemingly little political or public will to deal with systemic long term issues.

In the past, I have often been proven to be early in my negative forecasting. I started warning my friends about excessive real estate prices in the US in 2003 even though I only blogged about them in 2006. The aforementioned imbalances are unsustainable, but given my past predictive performance, I suspect the day of reckoning will not come in 2011.

2011 will likely bring more of the same as 2010. Fueled by cheap money startup and M&A activity will remain extremely high and I suspect (hope?) that several of my portfolio companies will be acquired. The US will have reasonable economic growth, though unemployment will remain high (above 8%). Europe will muddle through its problems at the periphery. China, Brazil and India will continue to roar ahead. The global structural imbalances will persist and may even worsen, but barring an unexpected black swan a new global crisis probably won’t happen in 2011.

I am also hopeful that at some point in the coming decade a new productivity revolution will spur growth and allow us to put our problems behind us. Things look bleak now, but if we think back to 1979 with raging stagflation and high oil prices, the outlook seemed dire for the West. Yet a period of 30 years of low inflation, stability and growth lay right around the corner. Even though I can imagine countless scenarios for the coming years that end with economic Armageddon and/or war, I am hopeful that the rising wealth in South East Asia and Brazil combined with continued technology improvements and structural changes in the West (e.g.; increasing the retirement age to 70) will spur a similar era of growth and stability.